Freedom of speech must be protected even as governments and industries seek to reduce hate speech and disinformation, the Transatlantic High Level Working Group on Content Moderation and Freedom of Expression (TWG) asserted following the group’s first meeting last weekend. The February 28-March 3, 2019 inaugural session of the TWG at Ditchley Park focused on best practices and recommendations to assist governments, tech companies and civil society in addressing illegal and harmful online content. The High-Level Working Group includes European and North American members with backgrounds in government, civil society, industry and other institutions. 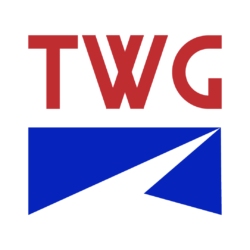 “While hate speech, incitement to violence, and disinformation have long been part of human culture, the internet has accelerated their spread and impact,” said Susan Ness, a distinguished fellow at the Annenberg Public Policy Center (APPC) and director of the working group. “Politicians and stakeholders are grappling at a frenzied pace with how to address such content, driven by the electoral calendar, and without fully considering transatlantic perspectives, freedom of expression or due process of law. Our role is to inject these values into the conversation.”

“We need to think of freedom of expression by design as an architectural precondition when talking about introducing limitations,” Nico van Eijk, Director of the Institute for Information Law (IViR) at the University of Amsterdam, added.

The TWG extensively discussed the commonalities and challenges from a transatlantic perspective, using case studies on hate speech and incitement to violence to guide the discussions. These studies will be revised, based on the discussion, and will be published on the webpage of the project. General agreement was expressed on a variety of topics, including:

The TWG will have a second meeting in Santa Monica, California, in May, at which it will focus on disinformation and on finding shared conclusions and recommendations. In the upcoming months it will present its discussions and preliminary findings, as well as receive feedback from stakeholders, at various round table meetings and other events in Europe and the US.

The TWG is a project of the Annenberg Public Policy Center of the University of Pennsylvania, in partnership with the Institute for Information Law (IViR) at the University of Amsterdam and The Annenberg Foundation Trust at Sunnylands. Additional support is provided by the Dutch Embassy in Washington, D.C. The project is headed by former FCC commissioner Susan Ness and Professor Nico Van Eijk, director of the Institute for Information Law (IViR, University of Amsterdam).

Download this news release here. Read our previous release on the TWG here.