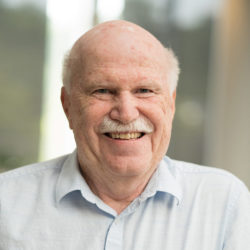 Daniel Romer, Ph.D., is research director of the Annenberg Public Policy Center.  He has conducted research at the Annenberg School for Communication and APPC since 1990, focusing on media and social influences on adolescent health with particular attention to the social transmission of risky behavior. He has studied the effects of local television news on race relations and inter-group tension. In addition, he has studied the role of education on the civic and political engagement of adolescents. He coordinated a four-city intervention using mass media to reduce unprotected sex in high-risk adolescents, a project supported by the National Institute of Mental Health. He is currently studying a cohort of adolescents in Philadelphia to understand the risk factors that underlie early use of drugs and other threats to healthy development, a project supported by the National Institute on Drug Abuse. He is also studying the effects of pictorial warning labels for cigarettes, a project supported by the National Cancer Institute. He has served on numerous grant review panels for NIH as well as for NSF and is on the editorial boards of Youth and Society, The Journal of Community Psychology, Tobacco Regulatory Science, Media and Communication, and Cyberpsychology, Behavior, and Social Networking.  His edited volume, Reducing Adolescent Risk: Toward an Integrated Strategy (Sage Press, 2003), presents the findings of a conference held at APPC in 2002 to define a more comprehensive national strategy for healthy adolescent development. An edited issue of the American Behavioral Scientist (May 2003), “Suicide in Youth,” focuses on strategies to reduce adolescent suicide. Subsequent conferences held at APPC have led to additional volumes, including Adolescent Psychopathology and the Developing Brain, edited with Elaine Walker (Oxford, 2007), The Changing Portrayal of Adolescents in the Media since 1950, edited with Patrick E. Jamieson (Oxford, 2008), The Dynamic Genome and Mental Health, edited with Kenneth S. Kendler and Sara R. Jaffee (Oxford, 2011), and Media and the Well-Being of Children and Adolescents (Oxford, 2014), edited with Amy B. Jordan. Along with Kathleen Hall Jamieson, he coordinated the publication of the award-winning volume Treating and Preventing Adolescent Mental Health Disorders (Oxford, 2005) and co-edited the second edition of the volume, which was released in 2017.