Gun violence involving young people is a national problem that deserves greater attention and study, a group of national experts in violence said in a paper published in American Psychologist.

PHILADELPHIA – Year after year, the suicide rate is at its lowest in the United States during the holiday season, but nearly three-quarters of U.S. newspaper stories linking suicide and the holidays during the 2013-2014 season incorrectly said the opposite, according to a new analysis. In the 2013 holiday season, most newspaper stories mentioning suicide

Nearly three-quarters of the newspaper stories mentioning suicide and the holidays over the 2012-2013 holiday period perpetuated the myth that more people commit suicide during that season, according to an analysis by the Annenberg Public Policy Center.

A common misperception about the end of year holidays is that more people commit suicide during this period than at other times in the year. Since 2000, the Annenberg Public Policy Center has been tracking press reporting about this widespread belief. In the millennium year of 1999, APPC identified over 60 stories that ran during

But males are more successful in reducing stress than females In a study recently published in Prevention Science, researchers at the Annenberg Public Policy Center of the University of Pennsylvania found that youth who naturally use effective coping strategies to deal with interpersonal stressors (such as bullying) experience lower levels of perceived stress, feelings of 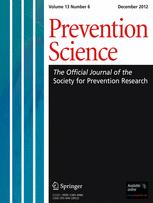 Does the suicide rate go up around the end of year holidays? Since 2000, the Annenberg Public Policy Center has been tracking press reporting about this widespread belief. In the end of the millennium year of 1999, APPC identified over 60 stories that ran during that holiday period saying that suicides do indeed spike over

A 24-year-old told readers of Reddit (www.reddit.com/r/suicidewatch) of his intention to end his life, a forecast that proved accurate (see http://www.thedailybeast.com/articles/2010/08/31/reddit-suicide-how-the-internet-can-help-and-hurt.html). A log of the comments posted to him between the time of his announcement and his death revealed that although many offered help, some openly encouraged him to go through with the act.