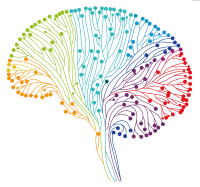 Movies that involve violence increasingly attract large audiences, leading to concern that such entertainment will encourage imitation by youth, especially when the violence is seen as justified. To assess differences between brain responses to justified and unjustified film violence, we computed intersubject correlation (ISC) of fMRI BOLD time courses in a sample of late adolescents while they watched pairs of movie segments featuring violent characters prior to and during violent action. Based on a virtue-ethics approach that emphasizes motives in moral evaluation, we hypothesized significant ISC in lateral orbital frontal cortex (lOFC) and ventromedial prefrontal cortex (vmPFC) in response to unjustified and justified scenes of movie violence, respectively. Our predictions were confirmed. In addition, unjustified violence elicited greater intersubject synchrony in insular cortex, consistent with an empathic response to the pain experienced by victims of this kind of violence. The results provide evidence supporting the notion that lOFC and vmPFC play unique roles in moral evaluation of violence, with lOFC becoming more synchronous in response to unacceptable violence and vmPFC becoming more synchronous in response to virtuous forms of self-defense, thereby expanding the purview of current models that only focus on vmPFC. The results suggest that justified violence in popular movies is acceptable to youth who are accustomed to viewing such entertainment.