An essay in Science magazine this month defends the need for basic scientific research and references the work of the policy center’s Science of Science Communication program in advancing that message.

Basic research “will make or break corporations in the long term,” write Subra Suresh, the president of Carnegie Mellon University and former director of the National Science Foundation, and Robert A. Bradway, the chairman and CEO of Amgen, in their essay “Business backs the basics.” 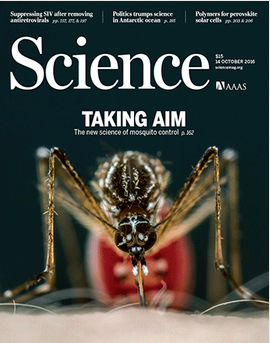 The two wrote that “long-term basic research, substantially funded by the U.S. government, underlies some of industry’s most profitable innovations,” including GPS, which emerged from Cold War Defense Department research and decades of National Science Foundation work. The Human Genome Project, they wrote, combined $14.5 billion in “federal investment with a private-sector initiative, generating nearly $1 trillion in jobs, personal wealth for entrepreneurs, and taxes by 2013.”

If the U.S. were to lose its edge in research, the authors wrote, it might also lose access to the finest scientific talent. With that in mind, in February they convened a meeting of “CEOs and Leaders for Science” at the Annenberg Retreat at Sunnylands which was organized by Sunnylands program director and APPC director Kathleen Hall Jamieson.

The business leaders who took part in the retreat, along with many others, published a statement in the New York Times on Sept. 26 and in the Wall Street Journal on Sept. 30. The ad, supported by APPC’s Science of Science Communication program and signed by nearly 40 business leaders, said, “Business leaders agree: Federal funding of basic scientific research is an investment in our prosperity, security and well-being.” The Science magazine essay directs readers to APPC’s site for more on the business leader retreat.

In their essay, Suresh and Bradway said that CEOs planned to partner with academic leaders to educate the public about the importance of basic research, adding: “History has shown that investments in basic research are the primary engine by which humanity has advanced, and major economic gains — often unanticipated when the research was initially funded — have been realized. In the United States, that will require a long-term commitment from the government, complementing the ongoing investment of risk capital and key industrial sectors.”