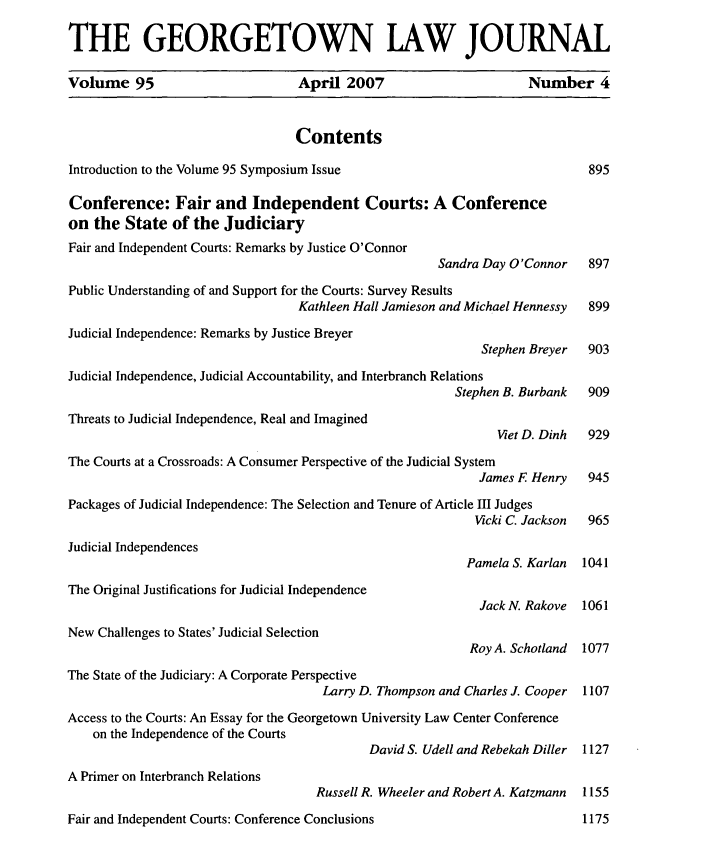 Using data from two nationally representative surveys, we examined public knowledge about the Constitution and courts: the impact of court exposure and news sources on perceptions of the courts, trust in the courts, perceptions of bias in the courts, and willingness to curb the power or influence of the courts. The surveys were conducted in the summers of 2005 and 2006 by Princeton Survey Research Associates International for the Annenberg Public Policy Center of the University of Pennsylvania. Each has a margin of error of plus or minus three percent (details can be found in the Appendix). Unless otherwise indicated, the reported results are drawn from the 2006 survey.

We found that public knowledge about both the Constitution and the courts is low. At the same time, Americans consistently rank the Supreme Court as the most trusted branch of government and hold a similar level of trust in state courts. But many also believe that the nation’s courts favor the wealthy and politically connected, that judges are motivated by political and personal biases, and that they are influenced by campaign fundraising. While public trust in the courts in the U.S. remains high, public doubts that the courts are actually impartial, public concern about the role of money in the election of state judges, and public ignorance about basic constitutional functions served by the Supreme Court are worrisome because they contribute to perceptions that courts are too powerful, a disposition to permit a president to defy the Supreme Court under some circumstances, and a willingness to impeach judges for unpopular rulings. What follows are select results from the survey that reflect these public opinions.