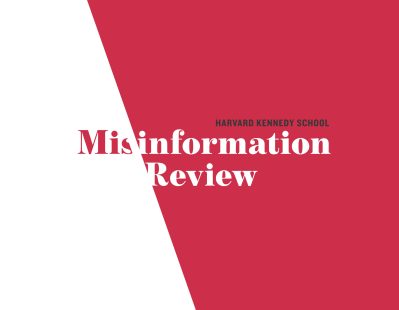 Drawing on evidence gathered in two periods in 2019 (i.e., February 28-March 25, 2019 and September 13-October 2, 2019) from a nationally representative survey panel of Americans, we studied how anti-vaccination claims are widely held, persist, and relate to an individual’s media consumption and levels of trust in medical experts. We found that a relatively high number of individuals are at least somewhat misinformed about vaccines: 18% of our respondents mistakenly state that it is very or somewhat accurate to say that vaccines cause autism, 15% mistakenly agree that it is very or somewhat accurate to say that vaccines are full of toxins, 20% wrongly report that it is very or somewhat accurate to say it makes no difference whether parents choose to delay or spread out vaccines instead of relying on the official CDC vaccine schedule, and 19% incorrectly hold that it is very or somewhat accurate to say that it is better to develop immunity by getting the disease than by vaccination. In many cases, those who reported low trust in medical authorities were the same ones who believed vaccine misinformation (i.e., distrust of medical authorities is positively related to vaccine misinformation). Of note, this was true across different demographic groups and political beliefs. Not only was the percent of individuals holding misinformed beliefs high, but mistaken beliefs also were remarkably persistent over a five month period. Among those whose level of misinformation changed over time, the individuals who said that they were exposed to an increased amount of content about measles or the Measles, Mumps, and Rubella (MMR) vaccine on social media were more likely to have grown more misinformed. By contrast, those who reported to have saw, read, or heard information on these topics in traditional media were more likely to respond accurately. This result underscores the value of efforts to educate the public through traditional sources and minimize exposure to vaccine misinformation on social media. Future work should move beyond establishing correlations to examine whether the relationships among trust in medical experts, media exposure, and vaccine misinformation are causal.