Lyndon Johnson, Vietnam, and the Presidency: The Speech of March 31, 1968 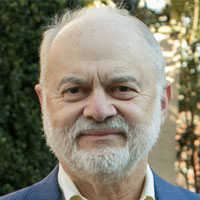 David Zarefsky, a longtime scholar of rhetoric and oratory at Northwestern University, has been named a visiting scholar at APPC for the spring 2018 term. Zarefsky, a professor emeritus in communication studies at Northwestern, is writing a book on a speech given by President Lyndon B. Johnson nearly 50 years ago, on March 31, 1968, in which Johnson described steps to limit the war in Vietnam and announced that he would not be seeking reelection. The much-anticipated speech, which shifted in tone and substance as it was written and rewritten, was delivered against a complex backdrop of political, military, economic and social events and expectations.

Abstract: Lyndon Johnson’s speech of 50 years ago is remembered today, if at all, for the surprise announcement that he would not run for re-election. But that announcement was added to a speech dealing primarily with Vietnam that announced a number of significant policy shifts – or did it? With the country narrowly divided and public opinion in flux, and with his own advisers in disagreement, Johnson seemed to trace a thin path between the calls of “hawks” for further escalation and those of “doves” to move in the opposite direction. A nuanced narrative and strategic ambiguity throughout the speech were key strategic resources. Drawing largely on materials in the Johnson Library in Austin, I will trace the development of this significant speech and explore how Johnson’s withdrawal from the race related to his Vietnam initiatives.