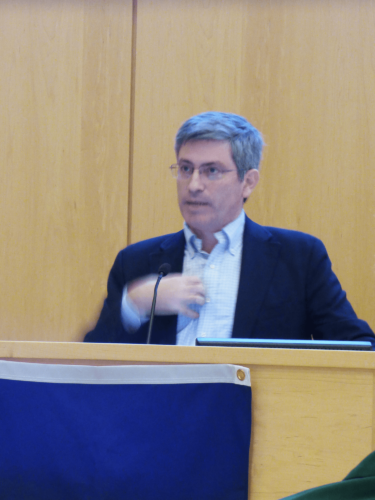 Carl Zimmer, columnist for The New York Times and author of 13 books about science, gave a lunchtime talk at the Annenberg Public Policy Center to discuss his latest book, “She Has Her Mother’s Laugh: The Powers, Perversions, and Potential of Heredity.” Informed by his experience covering science, the book explores the winding and sometimes fraught history of genetic studies, the complexity of inherited traits, and the power that heredity holds over us. In his talk, Zimmer discussed some of the ways in which new technology is changing how people think about their DNA and ancestry, as well as some of the problems in the language used to talk about heredity and genetics.

Zimmer noted that complex biological traits were often linked to many, many genes. He encouraged science communicators to avoid using descriptive language such as “the gene for…” which suggests that a trait or a condition is controlled by a single gene. In a society where increasing attention is being paid to gene-editing technologies and where home genetic testing is becoming more commonplace, Zimmer added, “In terms of science communication and public policy issues, this stuff is just set to explode.” 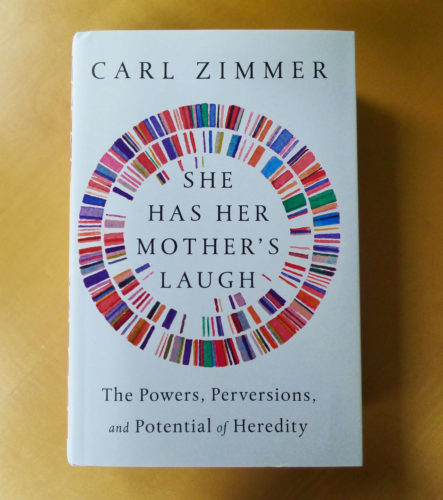 Zimmer began his journalism career at Discover, and went on to write for magazines including National Geographic, The Atlantic, and Scientific American. Zimmer is a winner of the Stephen Jay Gould Prize and the National Academics Communication Award. He is also professor adjunct at Yale University, where he has taught science writing to undergraduates and graduate students since 2008.

Click here for more information about “She Has Her Mother’s Laugh.”