Ahead of Constitution Day, September 17, Street Law released a free new curriculum for teaching middle and high school students about the rule of law. Recipient of the 2021 Leonore Annenberg Institute for Civics Award, Street Law created the “Rule of Law for All” unit, a set of seven core lessons plus a culminating activity for social studies classes, as part of its award-winning proposal. 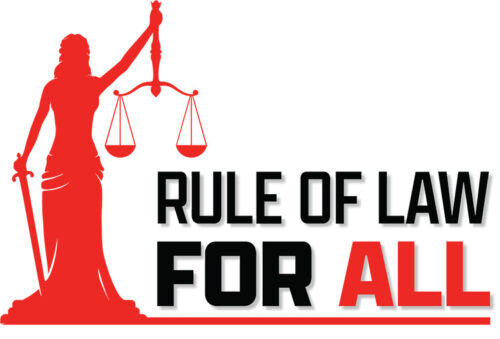 On Friday, September 16, when Constitution Day was observed, Street Law organized a nationwide Rule of Law for All Teach-in for which teachers were invited to teach a rule of law lesson or have their students participate in one of several virtual events, which included a panel of experts for students.

“Rule of law education has long been a key component of Street Law’s international programs, and it was important to us to develop a comprehensive curriculum that would bring this bedrock topic into American classrooms, too,” said Jen Wheeler, senior director of Teacher Professional Development and Curriculum at Street Law. “Schools are a great grassroots opportunity to teach about rule of law, what makes it so valuable, and what role we play as ordinary people.”

Rule of law is a founding principle of this nation that ensures that laws apply equally to everyone and that no individual is above the law. The “Rule of Law for All” curriculum can be found in Street Law’s Resource Library.

The Street Law project, which was awarded the $200,000 prize, was selected from proposals submitted by some of the 39 partners in the Civics Renewal Network (CRN), a consortium founded by the Annenberg Public Policy Center of nonprofit, nonpartisan organizations dedicated to strengthening civic life in the United States. The Leonore Annenberg Institute for Civics Award annually funds an exemplary project that would improve civics education in the nation’s elementary, secondary, or high school classrooms. The competition is open to organizations that are partners in CRN.