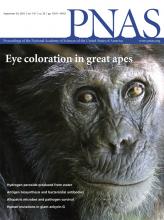 Trust in science increases when scientists and the outlets certifying their work honor science’s norms. Scientists often fail to signal to other scientists and, perhaps more importantly, the public that these norms are being upheld. They could do so as they generate, certify, and react to each other’s findings: for example, by promoting the use and value of evidence, transparent reporting, self-correction, replication, a culture of critique, and controls for bias. A number of approaches for authors and journals would lead to more effective signals of trustworthiness at the article level. These include article badging, checklists, a more extensive withdrawal ontology, identity verification, better forward linking, and greater transparency.

Click here to obtain the full article from Proceedings of the National Academy of Sciences of the United States of America.