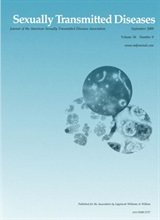 BACKGROUND: Routine HIV testing is recommended for all adolescents ages 13 years and older. This study aims to report the prevalence of HIV testing among black adolescents, describe characteristics of adolescents who have been tested, and identify potentially modifiable factors associated with greater likelihood of testing across gender.

RESULTS: Twenty-nine percent of adolescents had ever been tested for HIV. In a multivariate logistic regression adjusted for significant demographics, the strongest predictor of HIV testing among girls was prior STI testing (OR = 88.39) followed by pregnancy (OR = 2.75), risk reduction self-efficacy (OR = 2.28), and STI knowledge (OR = 2.25). Among boys, having had an STI test (OR = 38.09), having talked about testing with partners (OR = 3.49), and less religiosity (OR = 2.07) were associated with HIV testing.

CONCLUSIONS: Blacks adolescents are disproportionately at risk for HIV/AIDS, yet less than one-third of participants reported being tested. Those receiving sexual or reproductive healthcare services were most likely to be tested, but many teens at risk for HIV do not seek available services and others may face barriers to accessing healthcare. Findings provide support for increasing school-based educational programs due to the low rates of STI/HIV knowledge among teens. Additionally, culturally-sensitive programs promoting HIV testing among teens should foster skill-building for preventive behaviors and increase partner communication about testing.