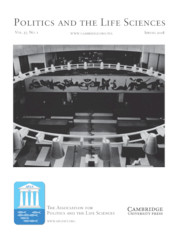 In May 2016, the National Academies of Sciences, Engineering, and Medicine (NASEM) released the report “Genetically Engineered Crops: Experiences and Prospects,” summarizing scientific consensus on genetically engineered crops and their implications. NASEM reports aim to give the public and policymakers information on socially relevant science issues. Their impact, however, is not well understood. This analysis combines national pre- and post-report survey data with a large-scale content analysis of Twitter discussion to examine the report’s effect on public perceptions of genetically modified organisms (GMOs). We find that the report’s release corresponded with reduced negativity in Twitter discourse and increased ambivalence in public risk and benefit perceptions of GMOs, mirroring the NASEM report’s conclusions. Surprisingly, this change was most likely for individuals least trusting of scientific studies or university scientists. Our findings indicate that NASEM consensus reports can help shape public discourse, even in, or perhaps because of, the complex information landscape of traditional and social media.

Click here to obtain the article from Politics and the Life Sciences.