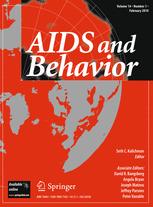 This paper highlights the distinction between precursor and control variables in the context of reasoned action theory. Here the theory is combined with structural equation modeling to demonstrate how age and past sexual behavior should be situated in a reasoned action analysis. A two wave longitudinal survey sample of African-American adolescents is analyzed where the target behavior is having vaginal sex. Results differ when age and past behavior are used as control variables and when they are correctly used as precursors. Because control variables do not appear in any form of reasoned action theory, this approach to including background variables is not correct when analyzing data sets based on the theoretical axioms of the Theory of Reasoned Action, the Theory of Planned Behavior, or the Integrative Model.

Click here to obtain the article from AIDS and Behavior