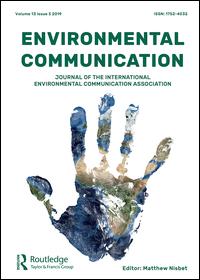 Despite scientific consensus, a partisan divide persists among Americans over the existence and causes of climate change. One body of research explains this divide by positing that individuals tend to uphold the expectations of their cultural groups in order to protect their social standing and community’s values. To determine whether such identity-protective thinking about scientific evidence can be countered when it impedes acceptance of scientific findings, we conducted an experiment to test the effects of analytic processing of a single graph capturing yearly global temperature trend data, with or without excerpts of either a NASA spokesperson or President Obama characterizing the same climate findings. The results indicate that climate-specific identity protection affects both liberals and conservatives but can be curtailed among both when they closely consider credible graphical climate data in a context invoking accuracy rather than partisan motivations.

Click here to obtain the full article from Environmental Communication.