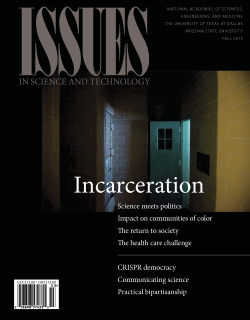 Introduction: Science communication, done in accord with basic principles of science, can help in advancing knowledge and improving lives. Here are some suggestions from the frontlines.

Science is communicated to the public, press, and policymakers in various ways by distinguished entities, which I have characterized elsewhere as custodians of knowledge. These include governmental institutions such as the National Aeronautics and Space Administration (NASA); intergovernmental organizations such as the Intergovernmental Panel on Climate Change, associations of scholars such as the National Academy of Sciences (NAS); and the editorial voices of major scientific journals. I regularly come in contact with these groups and the content they produce in my role as the person who signs off on the FactCheck.org postings generated by the SciCheck project, funded by the Stanton Foundation and designed to hold those engaged in public debate accountable for their uses of evidence.

In discharging that function, I’m sometimes struck by worries about what can happen when science communicators violate science’s norms. When they do, they invite the audience to question whether the underlying science has done the same. And in the larger picture, when science communication forsakes the values of science, it increases the likelihood that bad science will affect the public and public policy, feed suspicion about scientists’ self-interests or conspiratorial motives, and confuse the public and muddy the policy debate. By contrast, good science communicated well increases the likelihood of good public policy.