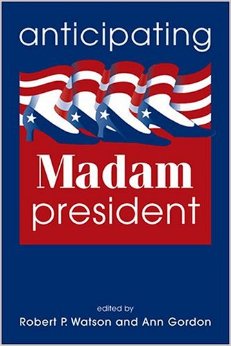 In 1996, during the Republican primaries, the chief executive officer of Titan Wheel International. Morry Taylor, stood side by side with Senator Bob Dole and argued that his credentials as a businessperson qualified him to be president. On the same stage was millionaire Steve Forbes. Neither Forbes nor Taylor had held elected office, neither had the traditional qualifications to serve as president, and neither was particularly charismatic or articulate. Yet each assumed that he was qualified and that the country would be interested in examining his case for the presidency. Why where there no women making a similar case?

In 1998, the Ms. Foundation inaugurated a new initiative called the White House Project, designed “to change the political climate so that qualified women from all walks of life could launch successful campaigns for the U.S. Presidency and other key positions.”

Click here to obtain the chapter from Anticipating Madam President