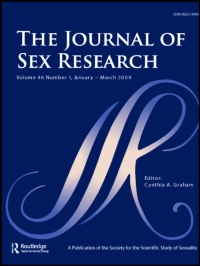 Alcohol use and sexual behavior are important risk behaviors in adolescent development, and combining the two is common. The reasoned action approach (RAA) is used to predict adolescents’ intention to combine alcohol use and sexual behavior based on exposure to alcohol and sex combinations in popular entertainment media. We conducted a content analysis of mainstream (n = 29) and Black-oriented movies (n = 34) from 2014 and 2013–2014, respectively, and 56 television shows (2014–2015 season). Content analysis ratings featuring character portrayals of both alcohol and sex within the same five-minute segment were used to create exposure measures that were linked to online survey data collected from 1,990 adolescents ages 14 to 17 years old (50.3% Black, 49.7% White; 48.1% female). Structural equation modeling (SEM) and group analysis by race were used to test whether attitudes, norms, and perceived behavioral control mediated the effects of media exposure on intention to combine alcohol and sex. Results suggest that for both White and Black adolescents, exposure to media portrayals of alcohol and sex combinations is positively associated with adolescents’ attitudes and norms. These relationships were stronger among White adolescents. Intention was predicted by attitude, norms, and control, but only the attitude–intention relationship was different by race group (stronger for Whites).

Click here to obtain the article from Taylor & Francis Online.