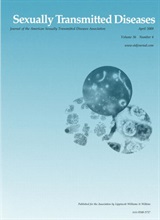 “Coitus Interuptus” or withdrawal that involves the male partner “pulling out” before ejaculation, has received relatively little research attention, particularly in adolescents. The limited data that exist suggest that it is practiced among adolescents, yet its prevalence remains unclear. Depending on how withdrawal is measured (used at last sex occasion or regular use) prevalence rates vary from 9% to 48%.1-3 Furthermore, in certain groups (e.g., college students), the combined use of withdrawal and condoms appears to be common. For example, in 1 study with male college students,4 43% reported this practice, suggesting that withdrawal may be practiced in 2 ways: (1) throughout intercourse with withdrawal just before extravaginal ejaculation, or (2) initially during intercourse before applying a condom for intravaginal ejaculation.