Nine early-career artists have been named 2016 fellows by the Leonore Annenberg Fellowship Fund for the Performing and Visual Arts, which awards $50,000 a year for up to two years to talented young artists to broaden their skills and make a breakthrough in their industry.

In addition, the Leonore Annenberg School Fund for Children, which provides educational resources to underfunded schools in urban and rural communities, has selected 10 public elementary schools in Florida, New York, and Tennessee to receive grants averaging $50,000. In total, the School Fund’s 2016 grants amount to nearly $500,000 for resources such as art and music programs; computers, books, and educational software; science and STEM labs, and a mini-greenhouse. The schools were chosen in consultation with regional, nonprofit partner organizations from the three states. 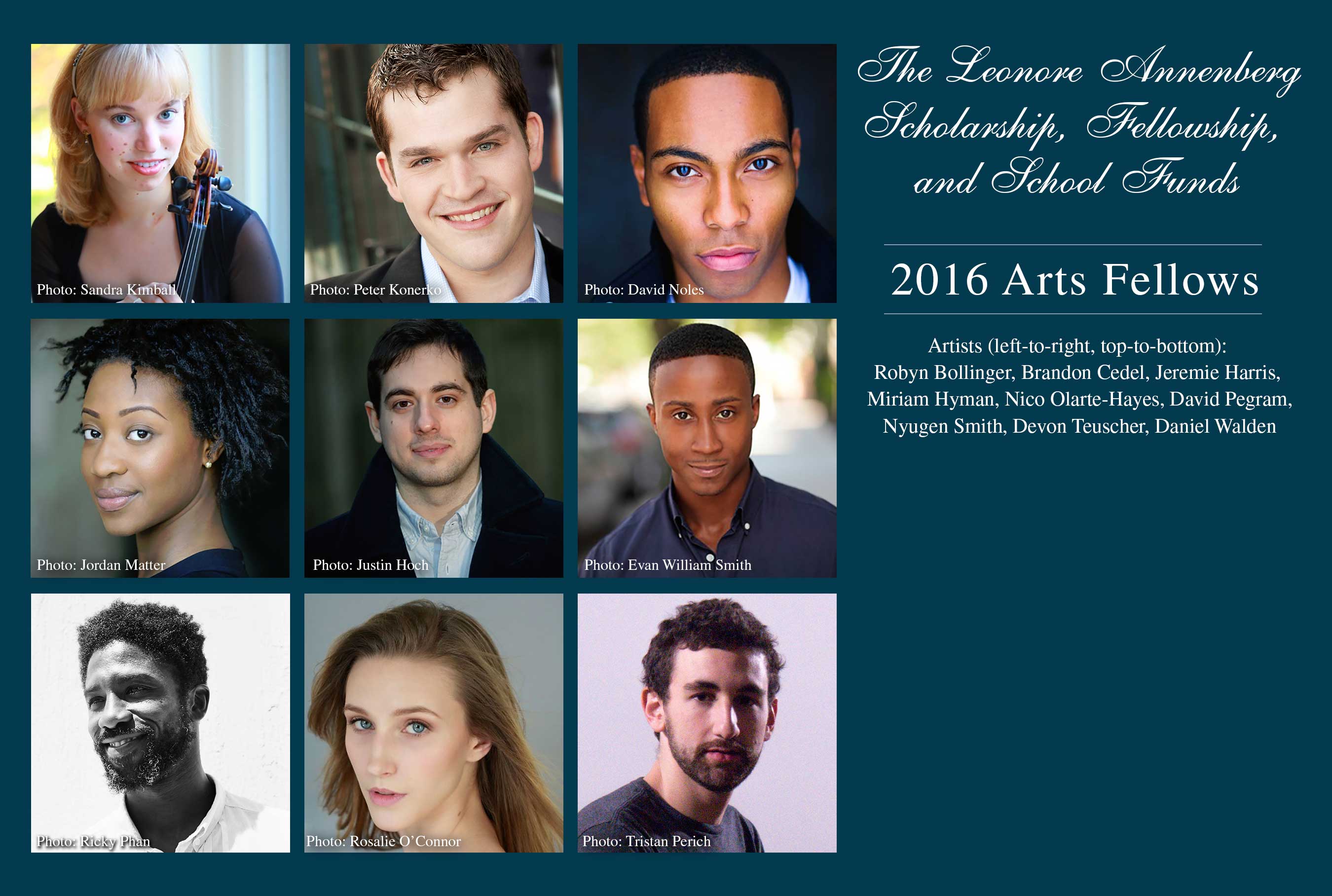 The Arts Fund has enabled promising artists to film a movie, record new music, experiment in performance, afford studio time or training, buy materials, pay for living expenses and pay down student debt. The fellows, selected in consultation with partners such as The Public Theater, American Ballet Theatre, and the Perlman Music Program, work with mentors chosen by the partners and the Leonore Annenberg Fund.

“The philanthropy represented in these fellowships embodies both ideals and constructive action,” said Gail Levin, Ph.D., director of the program, administered by the Annenberg Public Policy Center of the University of Pennsylvania. “Through her beneficence to early-career musicians, dancers, singers, actors and visual artists, Leonore Annenberg will not let us forget what is important and what is good.”