With so much education now home-based, iCivics and the Annenberg Public Policy Center of the University of Pennsylvania have rereleased two free online games designed to help educators and parents teach middle and high school students how the different branches of government interact and how the state and federal court systems work.

Branches of Power and Court Quest, which are available to play at icivics.org and annenbergclassroom.org, are updated and improved versions of two of iCivics’ most popular games. The games have been used by millions of students in school settings since they were first released over the past decade. For 2020, both games have been updated to improve playability and accessibility, especially for English-language learners, so that every young person can better understand today’s headlines. Both are completely nonpartisan and free to use, and any remote learner can access them. And when schools open back up, both games will be available for classroom play and peer-to-peer learning.

Branches of Power is a law-making simulation that makes clear the different roles played by the president, Congress, and the U.S. Supreme Court, as set out by the U.S. Constitution. Court Quest helps students understand the structures and jurisdictions of the nation’s court system by challenging them to navigate it at the state and federal levels.

“Understanding the balance of power among the three branches of government and the roles that different courts play are critical to understanding the news cycle on a daily basis,” iCivics Executive Director Louise Dubé said. “Though these games were initially designed for in-school use, Branches of Power and Court Quest are also perfect for home use and use via remote learning. As learning has shifted from the traditional classroom, they help students understand how the three ruling branches of our government are supposed to work, which is more critical now than ever.”

“Our yearly Annenberg Constitution Day surveys reveal that most in the U.S. public cannot name the three branches of government, a failing that makes it impossible for them to understand such central democratic principles as checks and balances and the indispensability of an independent judiciary,” said Kathleen Hall Jamieson, director of the Annenberg Public Policy Center. “These games are designed to deepen understanding for and appreciation of the protections that our founders built into our system when they created a government with three coequal branches.” 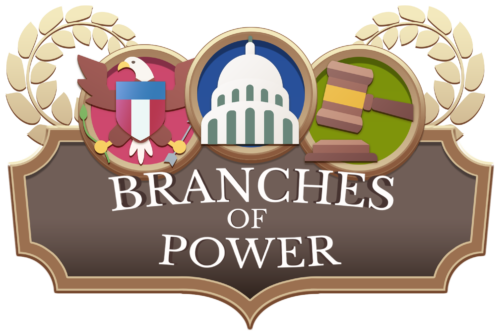 Branches of Power gives players control over all three branches and challenges them to pass laws and then uphold them in court. The action takes place in the nation’s capital. As president, the player must decide what issues and policies to pursue, then build public support for that agenda through press conferences. As a legislator, the player drafts a version of a law supporting that agenda, holds hearings to better understand the issue, and works to pass the bill through both houses of Congress. If the law passes, the player then takes on the role of the Chief Justice of the United States and tests whether or not the new law is constitutional. These checks and balances take place in a fast-paced setting that makes the game playable in under an hour. 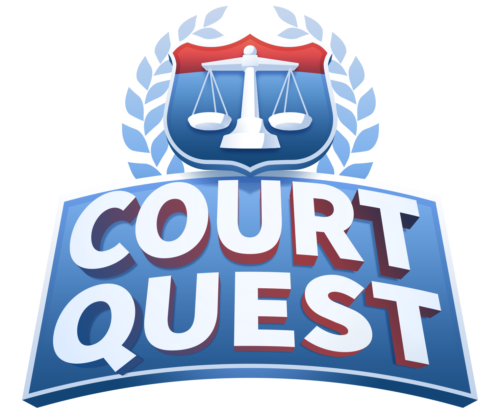 In Court Quest, players drive a bus called the Justice Express and pick up passengers who face a variety of legal challenges. For instance, one passenger is a high school student who is barred from trying out for the public high school football team because of gender. Other passengers are a 12-year-old who was caught shoplifting and a citizen who feels that her rights under the Third Amendment – which prohibits the federal government from forcing people to house soldiers in private homes – were violated.

Players must examine the passengers’ cases and then determine at which court the passenger should be dropped – from the local family court or municipal court to a state court of appeals or the U.S. District Court. Along the way, players learn about the different types of legal issues upon which state and federal courts rule as well as how the appeals process works.

For 2020, both games have been significantly upgraded to better reflect the public policy issues and challenges our country faces, as well as the unique stories of everyday people. The issues that players engage with in Branches of Power have been reimagined to be more relevant and recognizable in today’s political landscape, as players can work on laws ranging from education and civic engagement to environmental issues, from health care and drug abuse to justice reform. The cases the players consider while playing Court Quest have been reviewed to ensure that content is relevant to students across diverse cultural and socioeconomic lines.

Both games have been revamped with new avatars to allow students to represent themselves in a greater variety of ways. And both have been designed with an English-language learners version to support non-native English speakers and struggling native-English readers. New features include an in-game glossary, image-supported concept assistance, Spanish-language mode, and voice-over for critical game content.

U.S. Supreme Court Justice Sandra Day O’Connor founded iCivics in 2009 to transform the field through innovative, free educational video games and lessons that teach students to be knowledgeable, curious, and engaged in civic life. Today, iCivics is the nation’s largest provider of civic education curriculum, with its resources used by over 113,000 educators and more than 7.1 million students each year nationwide. Visit www.icivics.org to learn more.

Founded in 1993, the Annenberg Public Policy Center (APPC) of the University of Pennsylvania is the home of Annenberg Classroom, which is dedicated to enhancing civics knowledge. Annenberg Classroom, a project of the Leonore Annenberg Institute for Civics, provides teachers with a free multimedia curriculum to teach the Constitution to middle and high school students. Its resources include games, timelines, lesson plans and videos, including a dozen award-winning films produced by the Sunnylands-APPC Constitution Project, whose advisers have included Justices Sandra Day O’Connor, Stephen Breyer, and Anthony Kennedy. Visit https://www.annenbergclassroom.org to learn more.