FactCheck.org, the nonpartisan fact-checking site, has introduced a new feature, “SciCheck,” to investigate science-based claims in political speech. In a blog post announcing the feature, Eugene Kiely, the director of FactCheck.org, said SciCheck “will focus exclusively on false and misleading scientific claims that are made by partisans to influence public policy.”

FactCheck.org is a project of the Annenberg Public Policy Center (APPC), and the launch of SciCheck is part of a broader effort by the policy center to study science communication. In October, APPC announced that it was expanding its research areas to include the science of science communication, seeking to investigate how scientific evidence can be more effectively conveyed to the public. 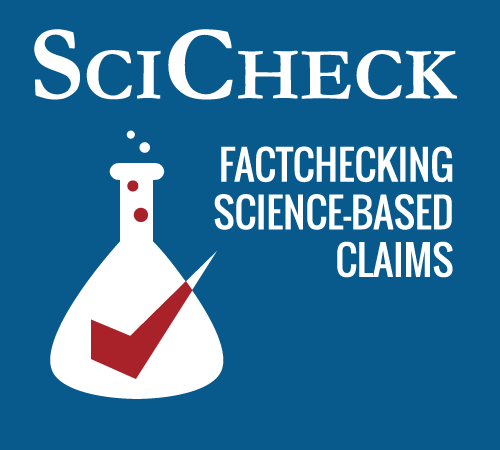 Kiely also announced that Dave Levitan has joined FactCheck.org as its science writer. “Levitan has a master’s degree in journalism with a certificate in Science, Health and Environmental Reporting from NYU – one of the best programs of its kind in the country,” Kiely said. “He has nearly 10 years of experience as a freelance science writer, and has been published in Inside Climate News, Scientific American, Discover, Grist, Yale Environment360, Slate, and Cancer Network, among other publications. Our new science feature is made possible by a grant from the Stanton Foundation, which was founded by the late Frank Stanton, president of CBS for 25 years, from 1946 to 1971.”

“With the support of the Stanton Foundation, APPC’s science of science communication area proudly launched FactCheck.org‘s SciCheck,” APPC director Kathleen Hall Jamieson said. “If policy is to serve the public good it must be informed by accurate representations of what science knows. When spin-masters manufacture scientific controversy or consensus, or contort the findings of a scientific report, FactCheck.org’s SciCheck will weigh in.”