In an effort to increase public understanding of the scientific process, the Annenberg Science Media Monitor has published a set of reports seeking to improve science reporting in the news media.

The monitor does this by analyzing the news coverage of widely reported scientific findings and disseminating the results to science journalists, as well as the science community. Because the media play such a vital role in shaping public perceptions of science, there is value in understanding how the media cover scientific discovery, retracted findings, and the well-being of science, and describe solutions to problems in science or evidence of self-correction.

In a brief digest, the Science Media Monitor summarized some of these findings from 2018-19. Among them, were findings about: 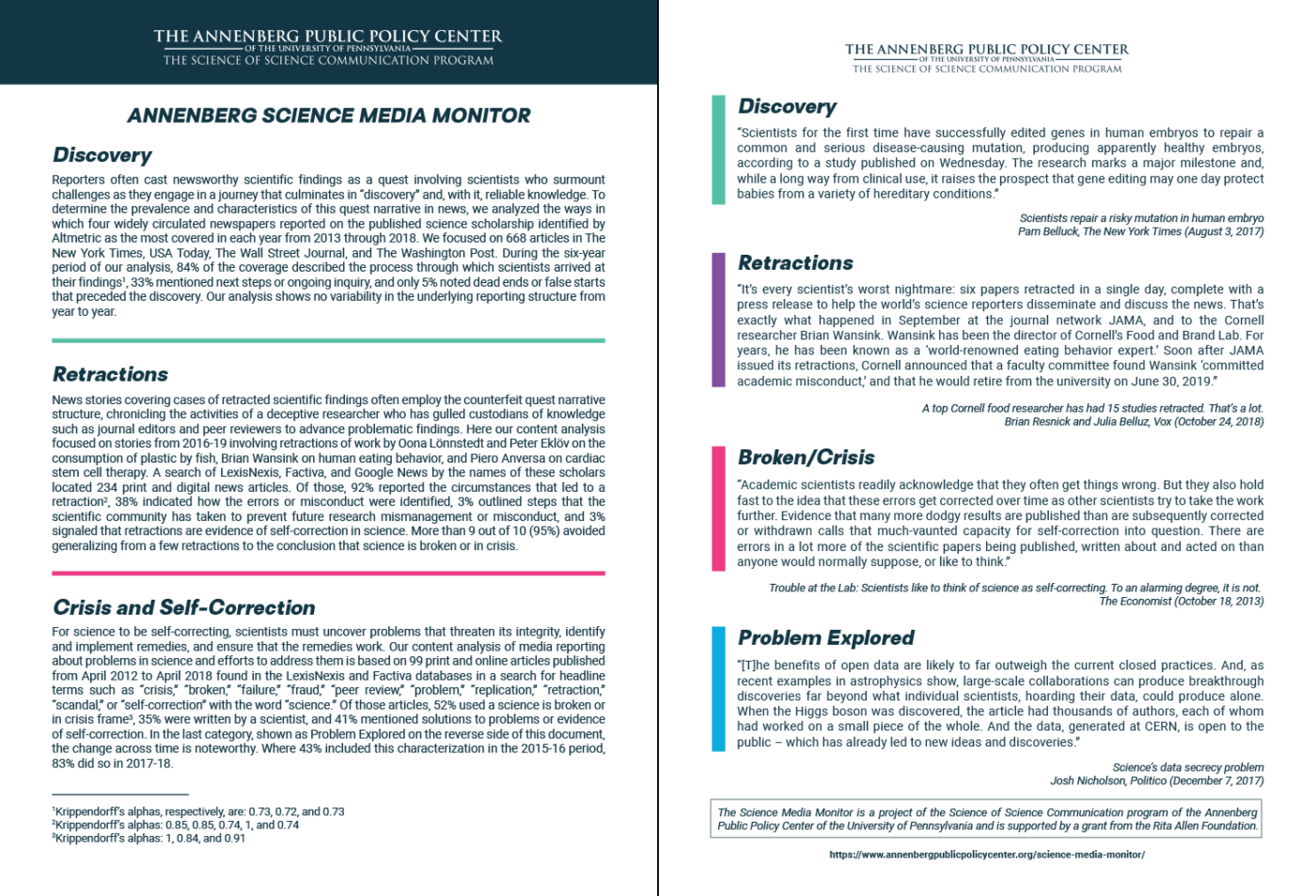 This digest was first distributed in October 2019 at ScienceWriters 2019, a joint meeting of the National Association of Science Writers and the Council for the Advancement of Science Writing.

The digest is based on past reports of the Annenberg Science Media Monitor, which include:

The reports are available at www.annenbergpublicpolicycenter.org/science-media-monitor/

The Science Media Monitor is supported by a grant from the Rita Allen Foundation.