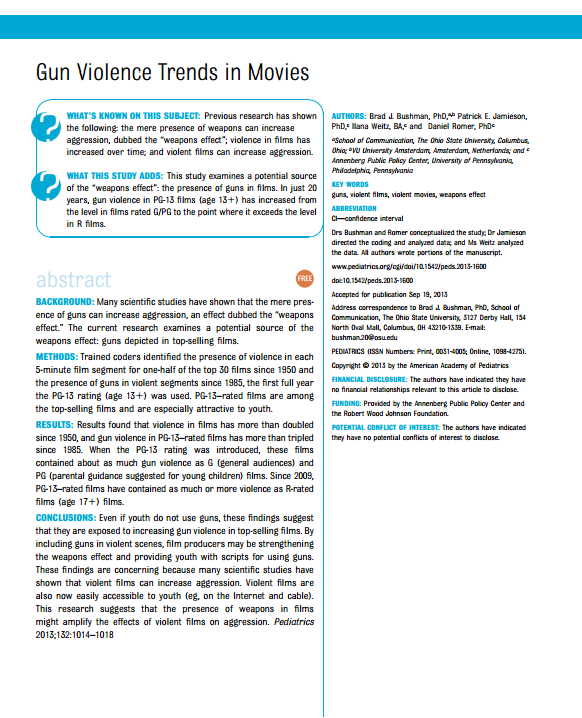 BACKGROUND: Many scientific studies have shown that the mere presence of guns can increase aggression, an effect dubbed the “weapons
effect.” The current research examines a potential source of the weapons effect: guns depicted in top-selling films.

METHODS: Trained coders identified the presence of violence in each 5-minute film segment for one-half of the top 30 films since 1950 and the presence of guns in violent segments since 1985, the first full year the PG-13 rating (age 131) was used. PG-13–rated films are among the top-selling films and are especially attractive to youth.

CONCLUSIONS: Even if youth do not use guns, these findings suggest that they are exposed to increasing gun violence in top-selling films. By including guns in violent scenes, film producers may be strengthening the weapons effect and providing youth with scripts for using guns.
These findings are concerning because many scientific studies have shown that violent films can increase aggression. Violent films are
also now easily accessible to youth (eg, on the Internet and cable). This research suggests that the presence of weapons in films might amplify the effects of violent films on aggression.