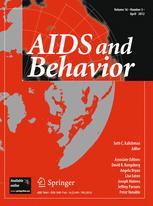 HIV-related stigma has been shown to impede HIV-antibody testing and safer sexual practices in adults. Less is known about its effects on prevention programs among at-risk youth. This study examined the longitudinal relationships between HIV-stigma and HIV-knowledge following completion of a validated group-based intervention. Data were provided by 1,654 African-American adolescents who participated in a large multi-city prevention trial (Project iMPACCS). Participants were randomly assigned to an empirically-validated skill-based intervention or a general health promotion control group. Both stigma and knowledge were assessed at baseline and post-intervention. Results suggested that adolescents participating in the intervention showed improvements in knowledge and decreases in stigma when compared to controls. Improvements in stigma appeared to be partly driven by improvements in knowledge. Higher baseline stigma was shown to reduce gains in knowledge in both the treatment and control groups. Results suggest that HIV-stigma can interfere with how youth identify with and internalize messages from group-based prevention trials.

Click here to obtain the article from AIDS & Behavior