The Annenberg Public Policy Center’s annual civics knowledge survey is cited in a bill introduced in Congress this week called the Civics Learning Act of 2019, which aims to increase K-12 civics education programming. 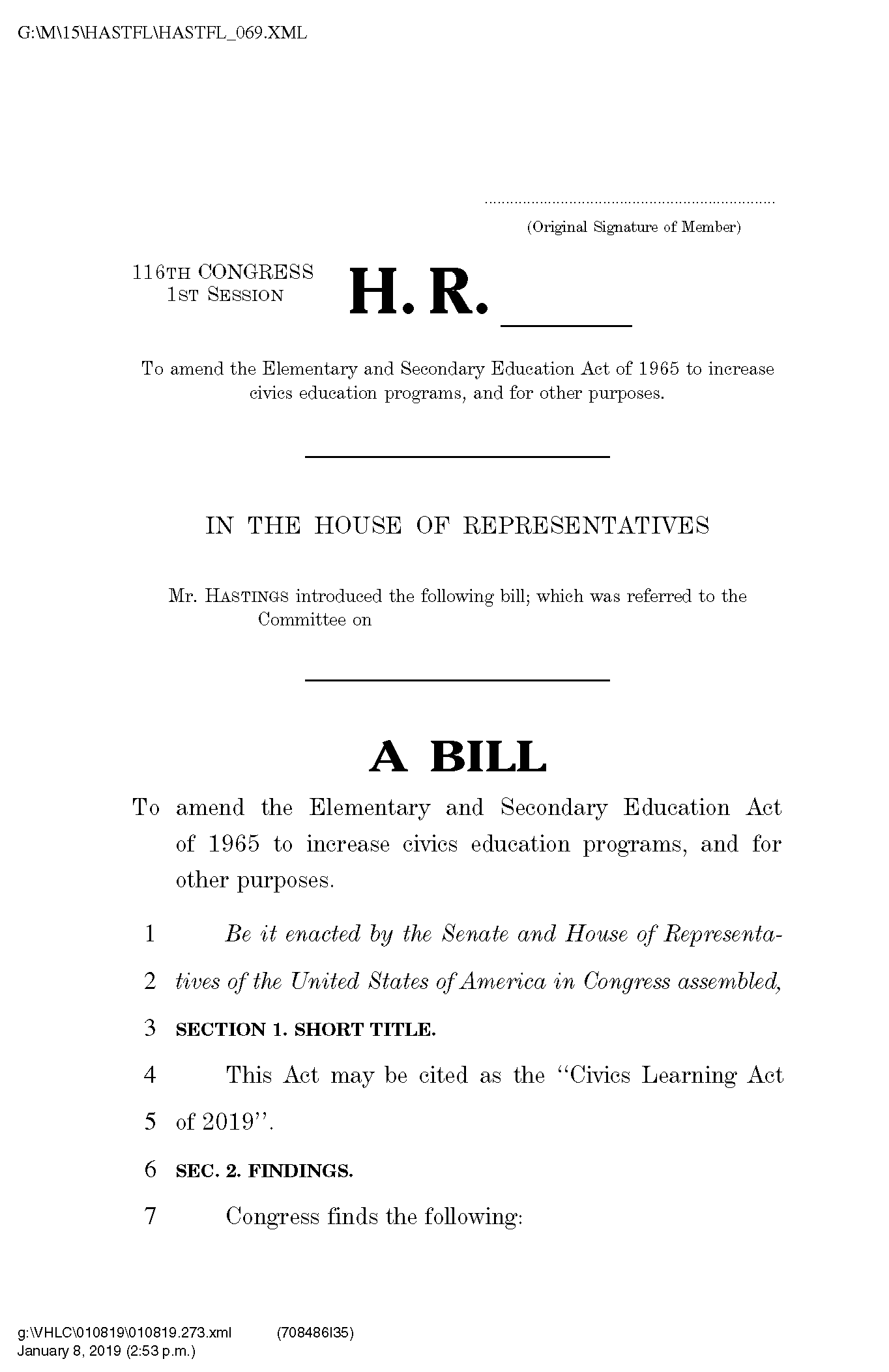 The proposed legislation, to amend the Elementary and Secondary Education Act of 1965, is sponsored by Rep. Rob Woodall (R., Ga.) and Rep. Alcee Hastings (D., Fla). According to a press release from Hastings’ office, the Civics Learning Act “authorizes $30,000,000 for innovative and evidence-based civics learning and teaching programs, including but not limited to hands-on civic engagement activities, online and video game-based learning, service learning, and activities that include participation in student governance and learning about the Constitution.” Attention is also given to ensuring funding for low-access, underserved, and high-needs schools and areas.

The text of the bill, H.R. 849, cites both the 2018 and 2017 Annenberg Constitution Day Civics Surveys, including findings that:

According to the bill, Congress finds that “the dearth of civics lessons available to students across the United States has helped to foster a political climate that is deeply partisan and divided” and that “a lack of knowledge on the basics of the structure of our democratic republic creates an increasingly ill-prepared electorate which overtime [sic] has, and will continue to, contribute to a weakened democracy.”

Hastings said: “It’s shocking that, in 2018, only a third of Americans could name all three branches of government. This startling reality reveals that federal support for civics education programs must be renewed, both to strengthen our democracy and the future of our students.” Woodall, also in a news release, explained the importance of finding ways to empower educators to develop specialized curricula for their students: “This legislation strikes the right balance between strengthening our students’ understanding of civics while allowing our schools to adopt approaches that fit their individual needs.”

Click here for the full text of the proposed legislation.