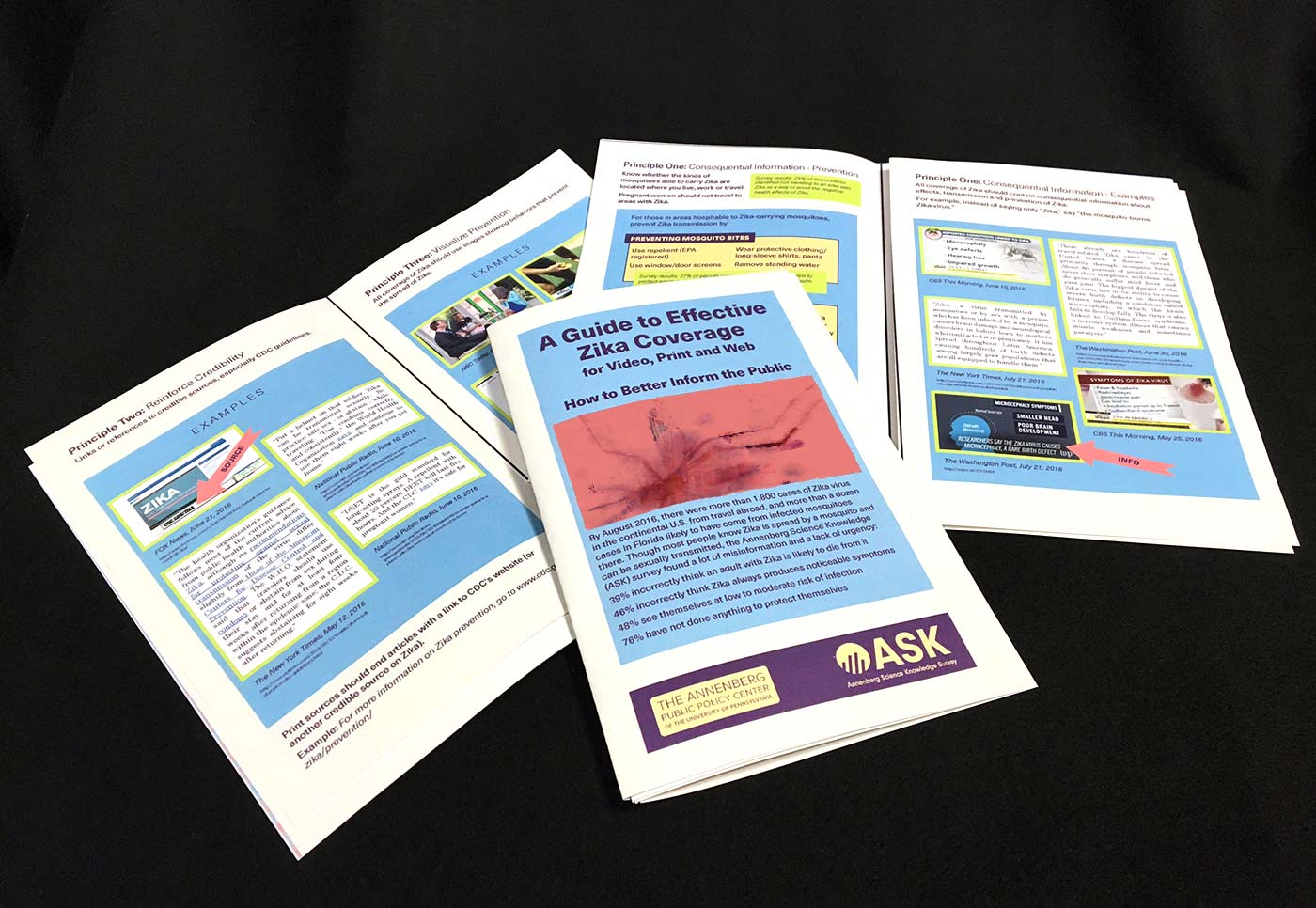 In August 2016, there were more than 1,950 cases of Zika virus in the continental U.S. from travel abroad, and more than 20 cases in Florida likely to have come from infected mosquitoes there. Though most people know Zika is spread by a mosquito and can be sexually transmitted, the Annenberg Science Knowledge (ASK) survey found a lot of misinformation and a lack of urgency: 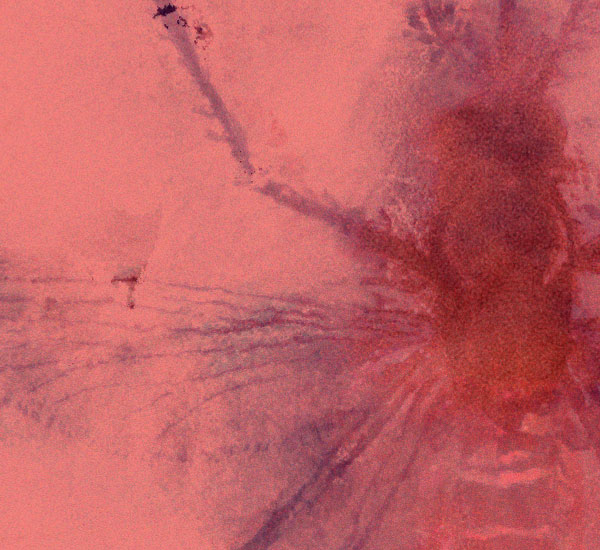 Zika is a mosquito-borne virus.
4 out of 5 of those infected with Zika do not show symptoms.

Zika can be sexually transmitted.
Returning travelers from Zika-affected areas can spread the virus through mosquito bites and sex.
Women who contract Zika during their pregnancies are at risk of having babies with severe birth defects.
The most common of these is microcephaly, a condition in which babies are born with underdeveloped brains and skulls.

Survey results: 72% of respondents correctly said that scientists have established it is true that Zika virus can cause the birth of babies with unusually small heads.

Zika is a mosquito-borne virus.
4 out of 5 of those infected with Zika do not show symptoms.

Know whether the kinds of mosquitoes able to carry Zika are located where you live, work or travel.
Pregnant women should not travel to areas with Zika.
For those in areas hospitable to Zika-carrying mosquitoes, prevent Zika transmission by:

Survey results: 47% of people correctly identified taking steps to protect against mosquito bites as a way to avoid negative health effects of Zika.

Survey results: Regarding ways to avoid negative health effects of Zika, 6% correctly said using condoms or not having sex with someone who may have been exposed to Zika and 4% correctly said delaying pregnancy or effective contraception.

Survey results: 24% of respondents identified not traveling to an area with Zika as a way to avoid the negative health effects of Zika.

All coverage of Zika should contain consequential information about effects, transmission and prevention of Zika.
For example, instead of saying only “Zika,” say “the mosquito-borne Zika virus.”

“Zika, a virus transmitted by mosquitoes or by sex with a person who has been infected by a mosquito, causes brain damage and neurological disorders in babies born to mothers who contracted it in pregnancy. It has spread throughout Latin America, causing hundreds of birth defects among largely poor populations that are ill-equipped to handle them.”

“There already are hundreds of travel-related Zika cases in the United States, a disease spread primarily through mosquito bites. About 80 percent of people infected never show symptoms, and those who do generally suffer mild fever and joint pain. The biggest danger of the Zika virus lies in its ability to cause severe birth defects in developing fetuses, including a condition called microcephaly, in which the brain fails to develop fully. The virus is also linked to Guillain-Barre syndrome, a nervous system illness that causes muscle weakness and sometimes paralysis.”

“The health organization’s guidance follows most of the current advice from public health authorities about Zika, although its recommendations for protecting against sexual transmission of the virus differ slightly from those of the American Centers for Disease Control and Prevention. The W.H.O. statement said that travelers should use condoms or abstain from sex during their stay and for at least four weeks after returning from a region within the epidemic zone; the C.D.C. suggests abstaining for eight weeks after returning.”

“Put a helmet on that soldier. Zika can be transmitted sexually. So practice safe sex – or abstain – while traveling. “Use condoms correctly and consistently,” the World Health Organization says, and continue to use them eight weeks after you get home.”

“DEET is the gold standard for long-acting sprays. A repellent with about 20 percent DEET will last five hours. And the CDC says it’s safe for pregnant women.”

Print sources should end articles with a link to CDC’s website (or another credible source on Zika).
Example: For more information on Zika prevention, go to www.cdc.gov/zika/prevention/

All coverage of Zika should use images showing behaviors that prevent the spread of Zika.

Online coverage should aggregate coverage of the Zika virus and do it prominently.

Broadcasts should use print on screen to reinforce what the reporter is saying. Stock images of mosquitoes in petri dishes could be replaced with images of recommended modes of prevention.

Print coverage of Zika should maximize visuals by using captions to include information about prevention or transmission or other consequential information. If an image of a mosquito is used, it should be the correct species. 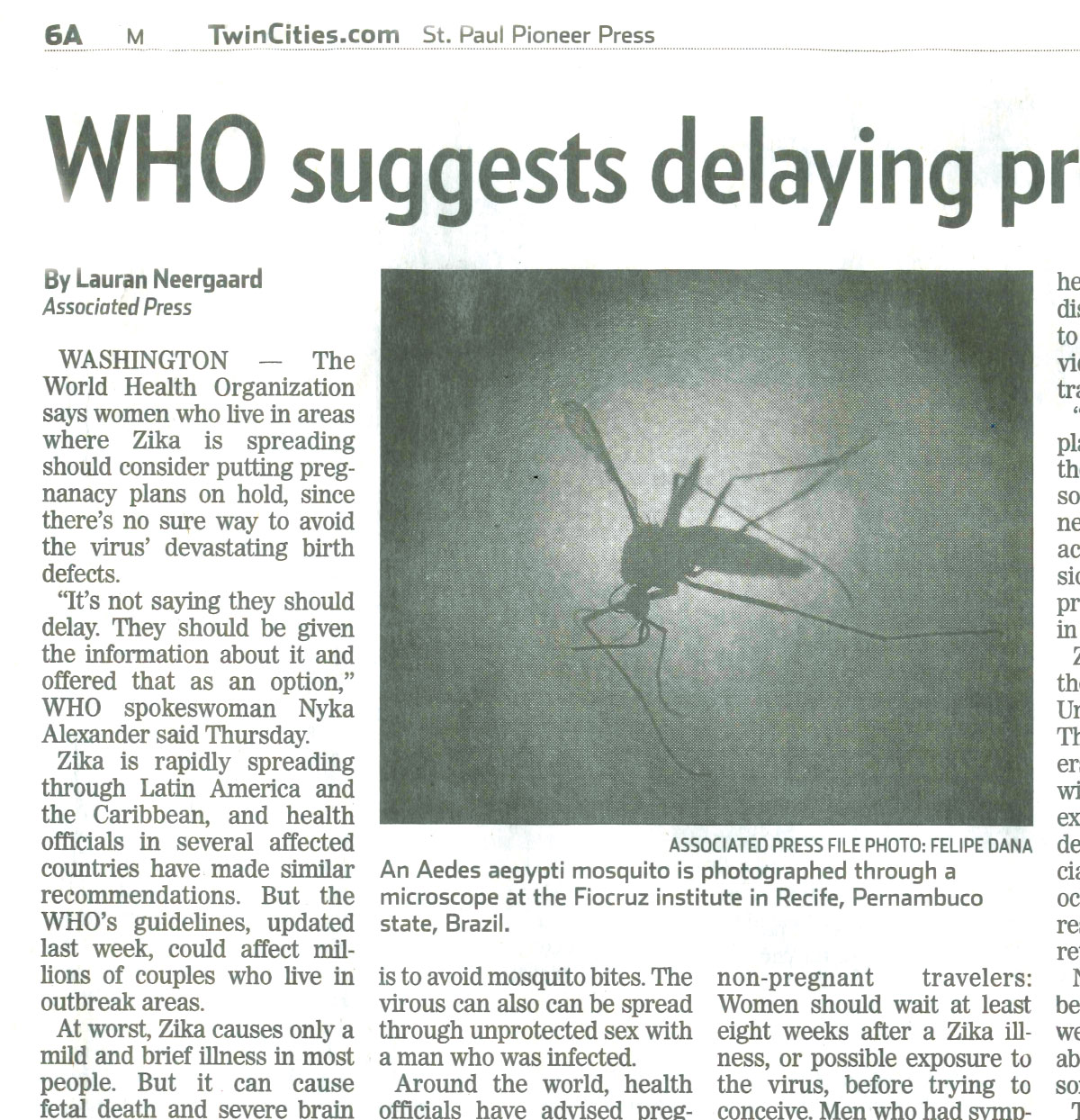 St. Paul Pioneer Press, June 10, 2016
The image is of the correct mosquito and is captioned with species name.

The Annenberg Science Knowledge data here comes from a survey conducted August 4-8, 2016 via phone with 1,470 respondents. It has a margin of error of +/- 3.6 percentage points.