Social psychologist Dolores Albarracín has been named the University of Pennsylvania’s 28th Penn Integrates Knowledge (PIK) University Professor, with joint appointments in the Annenberg School for Communication and the Department of Family and Community Health in the School of Nursing.

Albarracín, who will be the Alexandra Heyman Nash University Professor, will also become the Director of the Science of Science Communication Division of Penn’s Annenberg Public Policy Center (APPC). 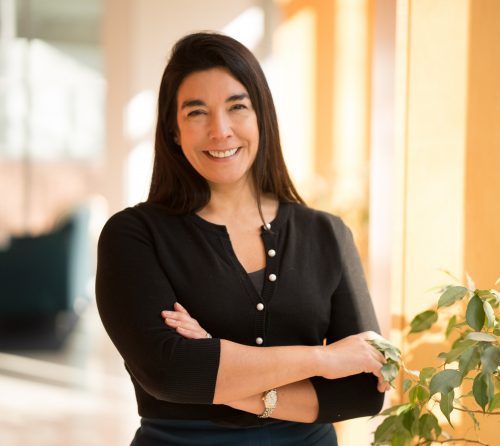 “We are delighted to welcome Dolores Albarracín back to Penn as our newest Penn Integrates Knowledge Professor,” Penn President Amy Gutmann said. “Dolores’ pathbreaking teaching and research cross traditional academic boundaries to advance the urgent goal of improving health and wellness for some of our society’s most vulnerable and at-risk people, including people with HIV/AIDS who use drugs. Her work has transformed both basic understanding of the psychology of social cognition and motivation along with nursing, medical, and public health interventions focused on changing attitudes and behaviors to improve the welfare of individuals and society. She embodies our vision for Penn and our PIK initiative, which seeks to make positive change in our world by harnessing inclusion and innovation to drive maximum impact.”

Albarracín has longstanding ties with the Annenberg Public Policy Center. Since 2016, she has been an APPC Distinguished Research Fellow, and as a Visiting Scholar in 2018 she supervised postdoctoral fellows conducting research on communication and beliefs about vaccination. In 2017, Albarracín co-convened a conference at APPC on the role of attitudes in policy, science, and other fields which resulted in the two-volume second edition of “The Handbook of Attitudes.”

“Not only has Professor Albarracín’s germinal research played an important role in shaping the SciComm division’s identity but her mentorship of two classes of SciComm fellows has produced some of APPC’s most influential scholarship,” Jamieson said. “We are truly fortunate that she will be charting the future of this core APPC area of inquiry.”

Albarracín, recently elected president of the Society for Personality and Social Psychology (SPSP), studies persuasion, belief formation, motivation and behavioral change, especially related to health behaviors. This year she authored the book “Action and Inaction in a Social World: Predicting and Changing Attitudes and Behavior.” (Cambridge, 2021) She co-edited four books – including three volumes of the landmark and widely used “Handbook of Attitudes” – and published nearly 200 journal articles and book chapters. With Jamieson and others, she co-authored the forthcoming book “Creating Conspiracy Beliefs: How Our Thoughts are Shaped.”