Twenty-nine teachers participated in the Constitutional Scholars Summer Teachers Institute, hosted by the Rendell Center for Civics and Civic Engagement in partnership with the Annenberg Public Policy Center. This year’s theme was “The Bill of Rights: Past, Present & Future.” 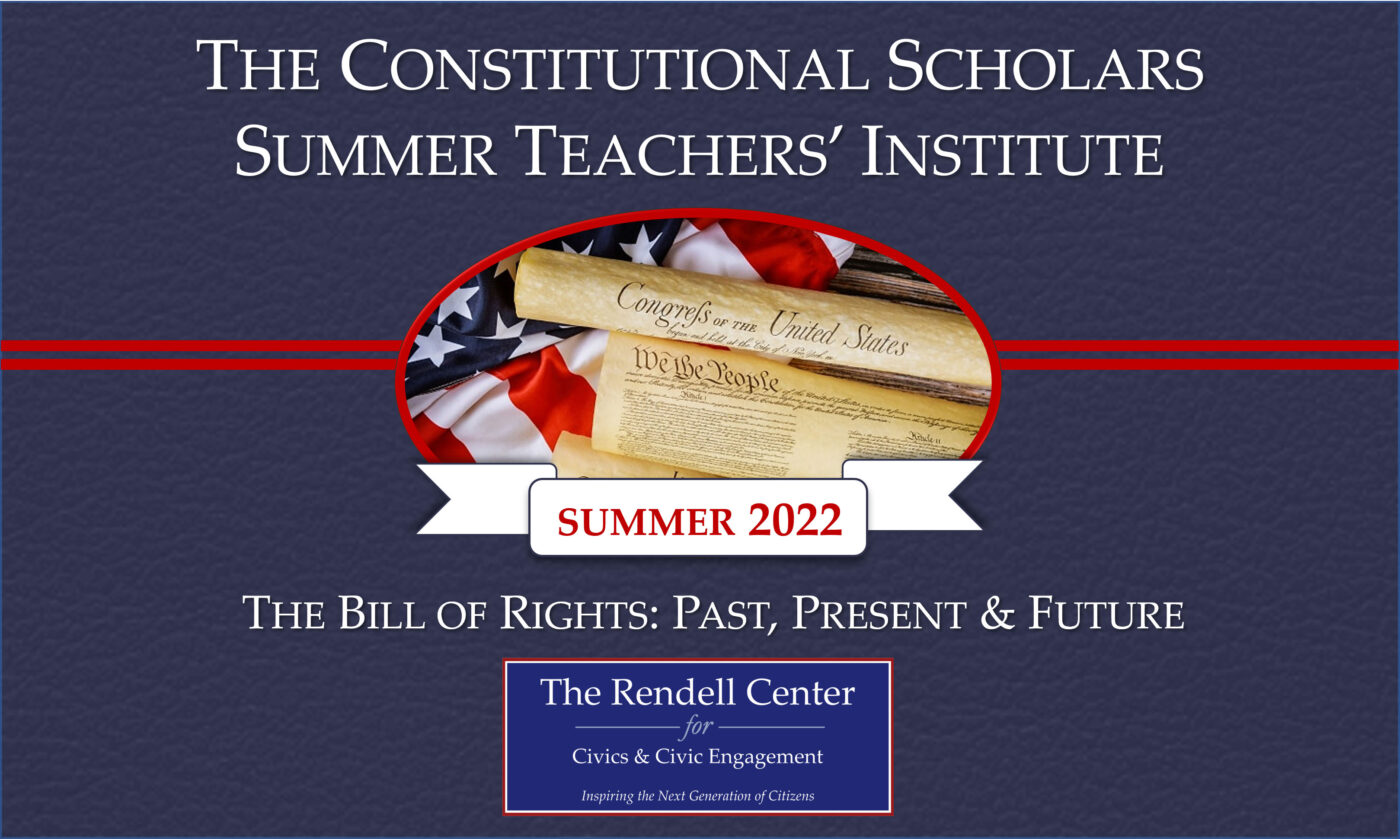 The teachers — 28 from across the United States and one in China — participated in sessions that examined the historical origins and meaning of the Bill of Rights, and how the current Supreme Court under Chief Justice John Roberts is interpreting the Bill of Rights.

Murphy presented a three-part lecture on how the Bill of Rights became the Bill of Rights, and how the meaning of those rights changed over time. He also discussed how the current Supreme Court is adapting those rights to account for advances in technology, and examined changing interpretations of the Fourth Amendment, which protects against unreasonable searches and seizures, to account for digital as well as physical evidence.

Guest lecturers this year included Erwin Chemerinsky, dean of the School of Law at the University of California, Berkeley, who kicked off the program on the Roberts Court; Nadia Brown, director of the women’s and gender studies program at Georgetown University, who discussed the Bill of Rights and racial justice; and Keith Whittington, William Nelson Cromwell Professor of Politics at Princeton University, who spoke about the effect of debates over Originalism vs. Living Constitutionalism on the First Amendment right of freedom of speech.

Bravata, the program’s pedagogy director, led the teachers in discussions about how to present the materials to students at different grade levels.

Teachers in the summer teachers institute, which the Rendell Center has offered since 2014, also had the opportunity to interact with three federal judges, who discussed their decision-making process.

Founded by federal Judge Marjorie Rendell and former Pennsylvania Gov. Edward Rendell, the Rendell Center for Civics and Civic Engagement promotes civic education and engagement by helping educators and students to develop the knowledge, practices and dispositions of engaged citizenship. The Center works to develop curriculum, create events and spaces for engagement with citizenship, and host professional development opportunities for educators.