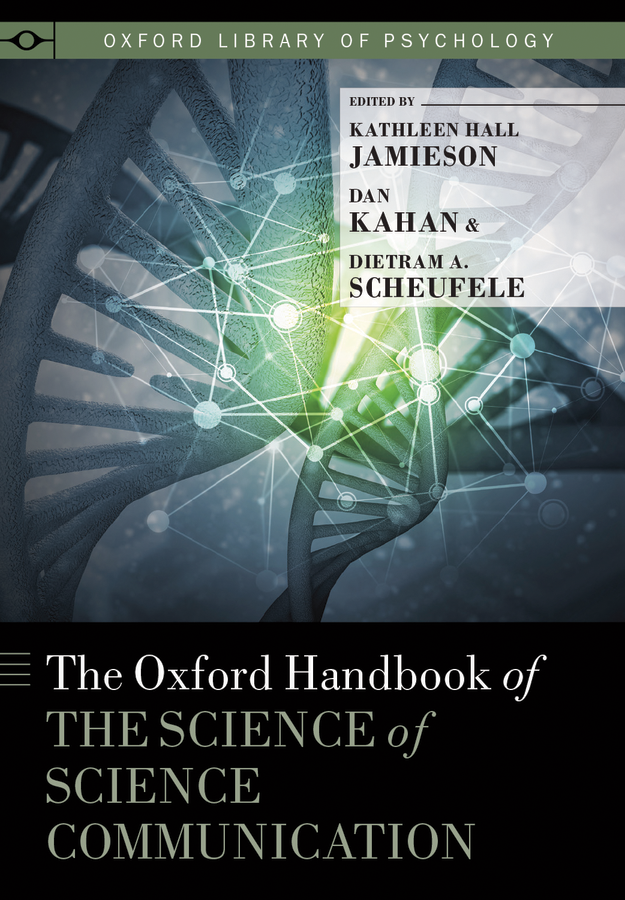 The proposal to vaccinate adolescent girls against the human papilloma virus ignited political controversy, as did the advent of fracking and a host of other emerging technologies. These disputes attest to the persistent gap between expert and public perceptions. Complicating the communication of sound science and the debates that surround the societal applications of that science is a changing media environment in which misinformation can elicit belief without corrective context and likeminded individuals are prone to seek ideologically comforting information within their own self-constructed media enclaves.

Drawing on the expertise of leading science communication scholars from six countries, The Oxford Handbook of the Science of Science Communication not only charts the media landscape – from news and entertainment to blogs and films – but also examines the powers and perils of human biases – from the disposition to seek confirming evidence to the inclination to overweight endpoints in a trend line. In the process, it draws together the best available social science on ways to communicate science while also minimizing the pernicious effects of human bias.

The Handbook adds case studies exploring instances in which communication undercut or facilitated the access to scientific evidence. The range of topics addressed is wide, from genetically engineered organisms and nanotechnology to vaccination controversies and climate change. Also unique to this book is a focus on the complexities of involving the public in decision making about the uses of science, the regulations that should govern its application, and the ethical boundaries within which science should operate. The Handbook is an invaluable resource for researchers in the communication fields, particularly in science and health communication, as well as to scholars involved in research on scientific topics susceptible to distortion in partisan debate.