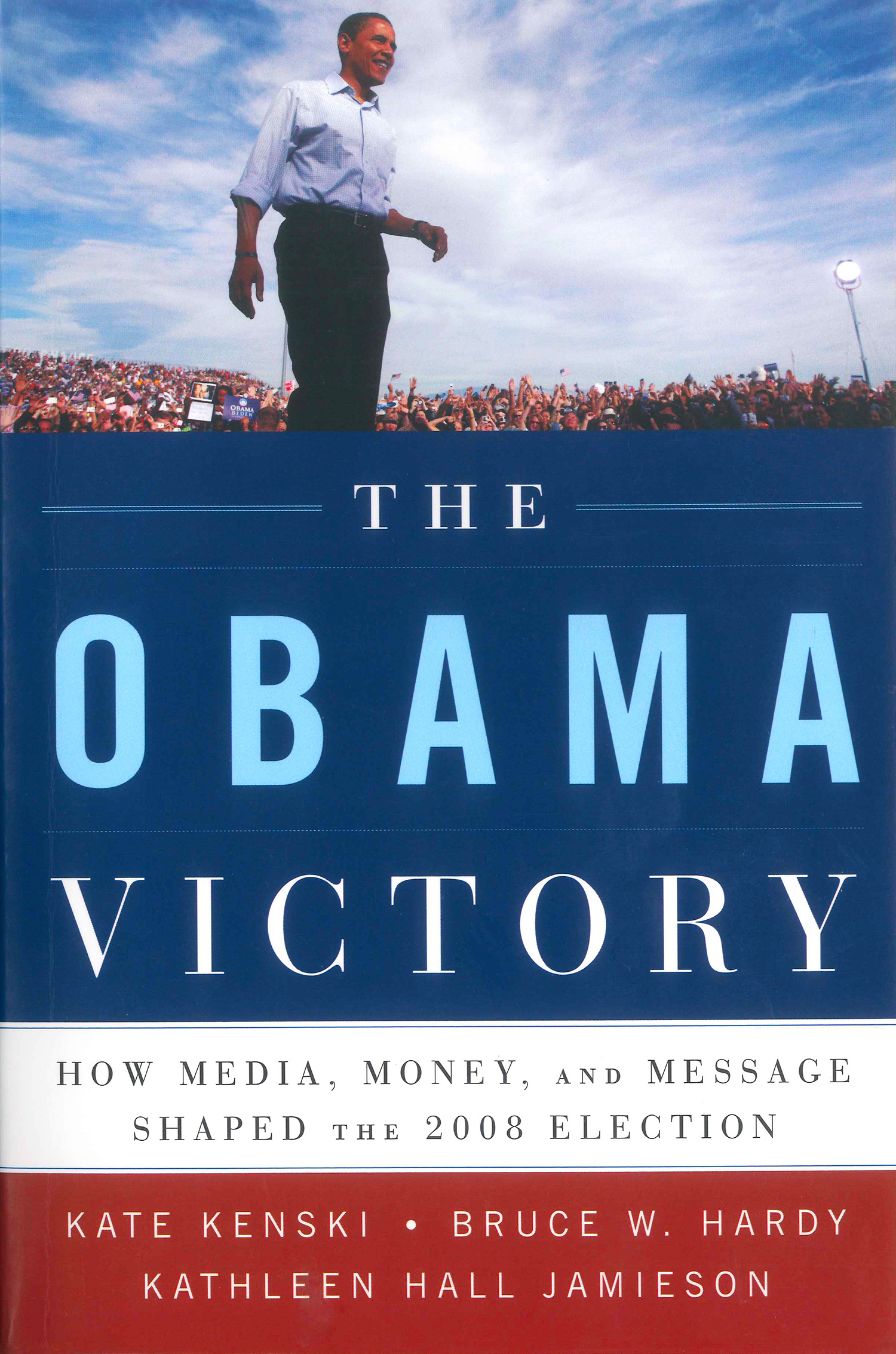 Barack Obama’s stunning victory in the 2008 presidential election will go down as one of the more pivotal in American history. Given America’s legacy of racism, how could a relatively untested first-term senator with an African father defeat some of the giants of American politics?

In The Obama Victory, Kate Kenski, Bruce Hardy, and Kathleen Hall Jamieson draw upon the best voter data available, The National Annenberg Election Survey, as well as interviews with key advisors to each campaign, to illuminate how media, money, and messages shaped the 2008 election. They explain how both sides worked the media to reinforce or combat images of McCain as too old and Obama as not ready; how Obama used a very effective rough-and-tumble radio and cable campaign that was largely unnoticed by the mainstream media; how the Vice Presidential nominees impacted the campaign; how McCain’s age and Obama’s race affected the final vote, and much more.

Briskly written and filled with surprising insights, The Obama Victory goes beyond opinion to offer the most authoritative account available of precisely how and why Obama won the presidency.