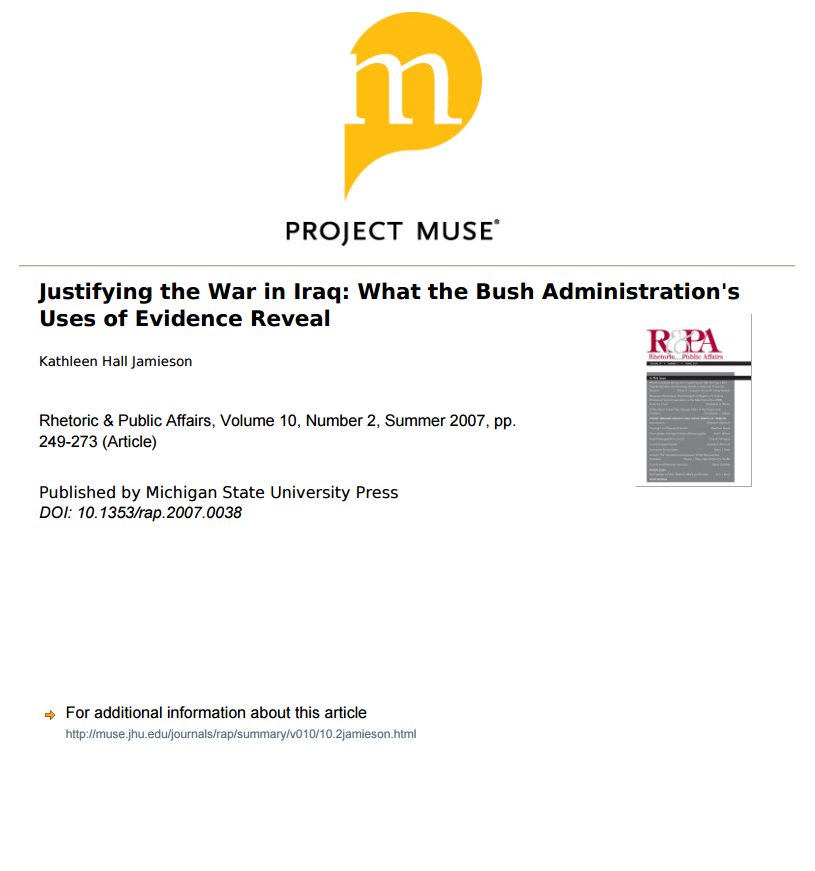 This essay argues that, if carefully read, the public statements of the Bush administration in the run-up to the March 2003 U.S.-led military intervention in Iraq reveal that the available evidence did not warrant the administration’s confident claims that Iraq possessed weapons of mass destruction(WMD). To support this argument, the essay explores the administration’s verbal leakage and Freudian slips, shifts in the burden of proof, strategies that minimized evidentiary accountability, assertions of the presence of convincing evidence that could not be publicly revealed, and tacit concessions that the case for WMD was a patchwork.

Click here to obtain the article from Rhetoric & Public Affairs