After the Ivory Tower Falls: How the crisis of higher education divided America 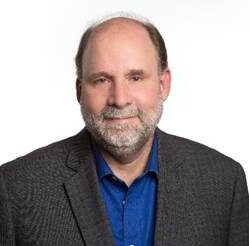 In the 2020s, Americans are more bitterly divided than any time in recent memory, and college has become the major fault line. The high cost of a university education and a lack of access to learning opportunities has fueled political resentments, in an era where the Democrats have become the party of Americans with bachelor’s degrees while Republicans fly the flag of those without diplomas. Author Will Bunch talks about his new book, After the Ivory Tower Falls, which shows how the history of college since World War II and passage of the G.I. Bill are deeply intertwined. He’ll talk about what’s gone wrong with higher education in the 21st century, and how solving those problems might also address some of our political divisions.

Will Bunch is the national opinion columnist for the Philadelphia Inquirer, and the author of several books, including political tomes about the legacy of Ronald Reagan and the rise of the Tea Party movement. He was a key member of the reporting team that won a Pulitzer Prize at New York Newsday in 1992.