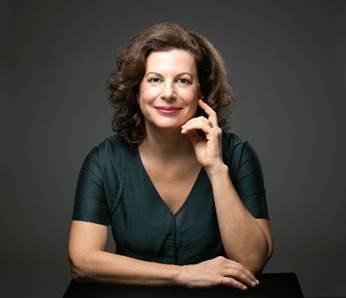 For many months, media reporting on the origin of COVID-19 followed preexisting political fault lines. Much of the coverage in mainstream press outlets presumed that the virus had a natural or zoonotic origin and relied on scientists who asserted that alternative theories were likely conspiracies. By contrast, right wing media was awash in actual conspiracies, such as unfounded allegations that the Chinese government had intentionally released the virus as a bioweapon.

Many serious journalists had avoided the story, fearing that there was no way to credibly probe questions about the pandemic’s origin without becoming entangled in the dangerous political and racially divisive narrative that President Trump had unleashed. In this talk, I will discuss how I worked to disentangle credible questions from warring claims and uncovered how conflicts of interest had hampered the U.S. government’s investigation into COVID-19’s origin at every step.

Katherine Eban, an investigative journalist, is a Vanity Fair contributing editor and Andrew Carnegie fellow. Her articles on pharmaceutical counterfeiting, gun trafficking, and coercive CIA interrogations have won international attention and numerous awards. Her second book, Bottle of Lies: The Inside Story of the Generic Drug Boom, was a New York Times bestseller.