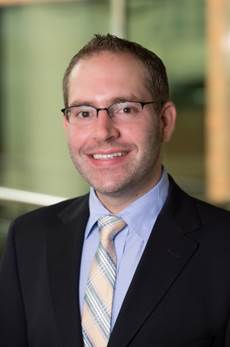 The views, habits and challenges of journalists in America today

Pew Research Center just conducted a monumental study – surveying nearly 12,000 U.S.-based journalists in early 2022 – to get a wide spanning and nuanced look at the news industry in this time of critical change. This talk will cover some of the major findings from this study, which speak to a number of important issues and topics facing the industry today: journalist’ views of their roles and responsibilities in a democratic society; how they are grappling with issues of misinformation and new technologies; how journalists and their newsrooms are dealing with issues of diversity and inclusion; and their experiences with personal safety and well-being in their jobs. In addition, the Center also surveyed roughly 10,000 U.S. adults about their views of the news industry, speaking to areas where journalists and the American public align or differ on key aspects of journalism.

Jeffrey Gottfried is a senior researcher at Pew Research Center, where he focuses on U.S. public opinion about journalism and the news media. He is an author of numerous studies, including ones about trust in the news media, media coverage of presidential administrations, and misinformation. Prior to joining the Center, Gottfried received a B.A. in communication from the University of Pennsylvania. He loved the Annenberg School for Communication so much that he stayed for many more years, and received his Ph.D. in communication. His graduate work focused on the role of election campaign communication on voters’ political attitudes and behaviors. After receiving his doctorate, Gottfried was the Howard Deshong Postdoctoral Fellow at the Annenberg Public Policy Center. Gottfried regularly discusses findings with the media and presents his research at conferences and to professional groups.