Young, an APPC distinguished research fellow and an associate professor of communication at the University of Delaware, explained the psychology and aesthetic preferences driving the popularity of liberal late-night TV and conservative outrage talk shows, and how the two genres actually play similar roles for their audiences.

The superficial differences between the two genres can be seen by any viewer. The Stephen Colberts and John Olivers of late-night TV weave hyperbole and gags in-between stories to keep their audiences engaged. Through the use of irony and comedy, their political messages are purposefully vague, inviting their audience to glean different interpretations and engage in a dialogue. In contrast, Bill O’Reilly, Rush Limbaugh, Sean Hannity and other conservative talk show hosts tend to assume the role of instructor or minister by expounding on perceived threats and appealing to their audience’s emotions. Opinion and outrage are the driving force behind the shows, and the hosts are less likely to acknowledge that they are entertainers than are the late-night hosts.

Despite their myriad differences, Young argues that both genres assume similar roles for their audiences. Though satire communicates largely through playful, interpretative language and “outrage media” tends to be more didactic and straightforward, both deconstruct perceived biases in the mainstream media.

For conservatives, the outrage is rooted in opposition to the perceived left-leaning bias in the mainstream media. The liberal hosts, on the other hand, deconstruct and seek to counter the way the mainstream media is caught up in strategy, spin, and partisan jargon. Furthermore, the audiences of both genres are high in political interest, knowledge, and engagement. That is, both genres seek to engage with their audiences by expressing political frustrations and to mobilize citizens around certain causes. 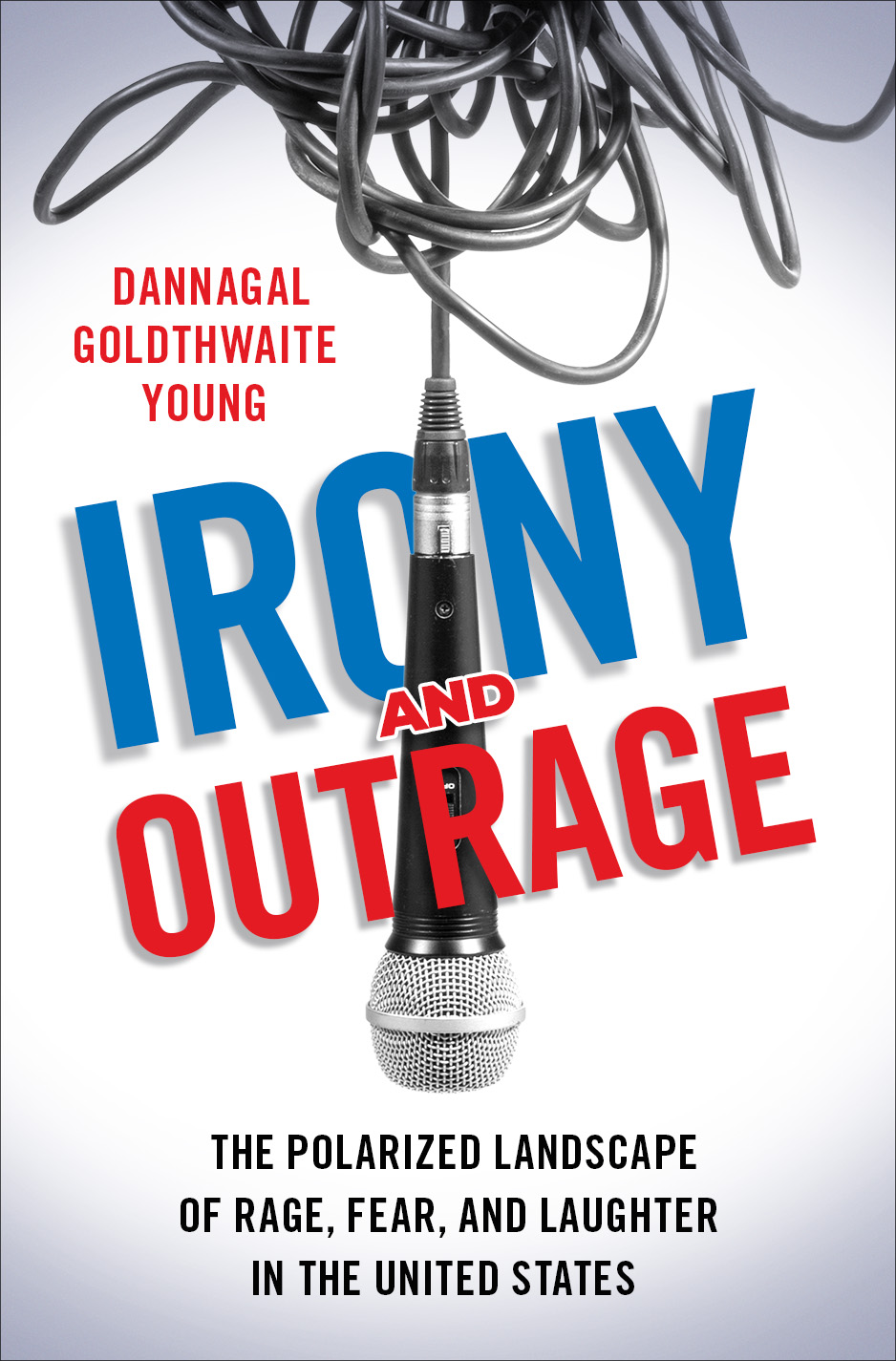 satire and outrage perform similar functions, Young asks, why the difference in aesthetics between the two? Colbert suggests that satire has a liberal bias because satire necessarily “punches up” at those in power while conservatives tend to uphold the status quo. Other scholars have posited that there’s decades worth of history behind their leanings: satire and outrage were born with their respective ideologies and have yet to drift from their beginnings.

In conjunction with these two hypotheses, Dr. Young argues that the leanings of each genres are more a reflection of the audiences’ psychologies and aesthetic preferences. In her book, she details how traits like tolerance for ambiguity and the motivation to engage with complex ideas shape preferences for art, music, literature, and political ideologies, and how those preferences correlate with the type of media consumed. As she concludes, satire and outrage look and feel like two different animals because their audiences are, simply, two different animals.

Dannagal Goldthwaite Young (Ph.D. 2007, Annenberg School for Communication) is an associate professor of Communication at the University of Delaware, where she researches the audience, messages, and effects of satire. “Irony and Outrage” is published by Oxford University Press.