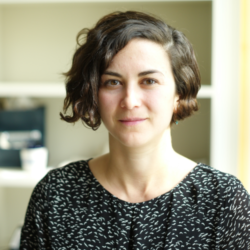 For the past six years, Vanessa Schipani has split her time between covering a full spectrum of scientific topics as a journalist and analyzing trends in science as a philosopher and historian. In 2008 she received a B.S. in Zoology and a B.A. in Philosophy at the University of Florida. She has also nearly completed an M.S. in the History and Philosophy of Science from Utrecht University in the Netherlands. Over the years she has freelanced off and on, writing and photographing for outlets such as BioScience, The American Scholar, EARTH and EuroScientist. Previously, she also interned with the Okinawa Institute of Science and Technology in Japan and The Scientist in New York.