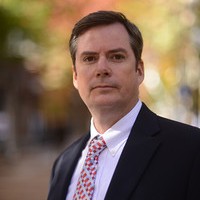 Robert Farley is a longtime journalist who joined FactCheck.org as deputy managing editor in August 2011. Prior to that, Farley was a reporter at the St. Petersburg Times (now the Tampa Bay Times) for more than 13 years. In early 2008, Farley joined PolitiFact.com, a political fact-checking website created by the St. Petersburg Times, and he was part of the team that won the 2009 Pulitzer Prize for National Reporting. Previously, he worked a stint on the St. Petersburg Times’ investigative team and won a 2008 Casey Medal for stories about the dramatic rise in antipsychotic drugs prescribed to children. In 2006, Farley won a first place award for general feature writing from the American Association of Sunday and Feature Editors for a story about a former girlfriend of rock icon Jim Morrison. Farley has also worked as a reporter at several newspapers in Pennsylvania, including the Harrisburg Patriot-News, the Intelligencer in Doylestown and the Ambler Gazette.