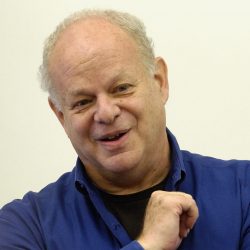 Martin E.P. Seligman, Ph.D.., is the Director of the Penn Positive Psychology Center and Zellerbach Family Professor of Psychology in the Penn Department of Psychology. He is also Director of the Penn Master of Applied Positive Psychology program. He was President of the American Psychological Association in 1998, during which one of his initiatives was the promotion of Positive Psychology as a field of scientific study. He is a leading authority in the fields of Positive Psychology, resilience, learned helplessness, depression, optimism and pessimism. He is also a recognized authority on interventions that prevent depression, and build strengths and well-being. Dr. Seligman has written more than 350 scholarly publications and 30 books. His books have been translated into more than 50 languages and have been best sellers both in America and abroad. He is the recipient of various awards, including the American Psychological Association (APA) Award for Lifetime Contributions to Psychology (2017). For 14 years, Dr. Seligman was the Director of the Clinical Training Program of the University of Pennsylvania’s Department of Psychology. He holds an A.B. in philosophy from Princeton University (summa cum laude) and a Ph.D. in psychology from the University of Pennsylvania.