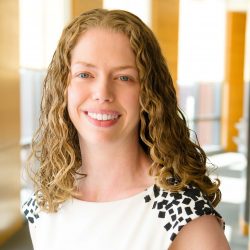 Katy Milkman is the James G. Dinan Professor at The Wharton School of the University of Pennsylvania, host of Charles Schwab’s popular behavioral economics podcast Choiceology, and the former president of the international Society for Judgment and Decision Making. She is also the co-founder and co-director of the Behavior Change for Good Initiative, a research center with the mission of advancing the science of lasting behavior change. Katy has worked with or advised dozens of organizations on how to spur positive change, including Google, the U.S. Department of Defense, the American Red Cross, 24 Hour Fitness, Walmart and the White House. An award-winning scholar and teacher, Katy writes frequently about behavioral science for major media outlets such as the Washington Post, the New York Times, and the Economist. Her bestselling book "How to Change: The Science of Getting From Where You Are to Where You Want to Be" was named one of the eight best books for healthy living in 2021 by the New York Times, and Katy was also named one the world’s Top 50 Management Thinkers by Thinkers50 in 2021. Katy earned her undergraduate degree from Princeton University (summa cum laude), where she studied Operations Research and American Studies, and her Ph.D. from Harvard University, where she studied Computer Science and Business.