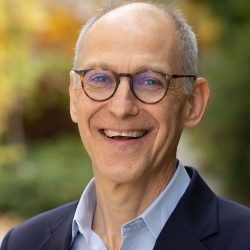 Ezekiel J. Emanuel is the Vice Provost for Global Initiatives, the Diane v.S. Levy and Robert M. Levy University Professor, and Co-Director of the Healthcare Transformation Institute at the University of Pennsylvania. From 2009 to 2011, Dr. Emanuel served as a Special Advisor on Health Policy to the Director of the Office of Management and Budget and National Economic Council. He was the founding chair of the Department of Bioethics at the National Institutes of Health from 1997 to 2011. Dr. Emanuel received his M.D. from Harvard Medical School and his Ph.D. in political philosophy from Harvard University. Dr. Emanuel served on President Clinton's Health Care Task Force and the National Bioethics Advisory Commission. He has published over 300 articles, mainly on health care reform, research ethics, and end-of-life care, and has authored or edited 15 books. His book "Which Country Has the World’s Best Health Care?" was published in June 2020.