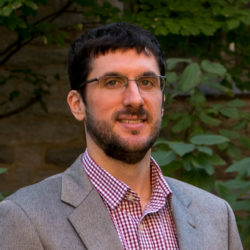 Doron Taussig is the Vartan Gregorian Postdoctoral Fellow at the Annenberg Public Policy Center. He received his Ph.D. from the Annenberg School for Communication at the University of Pennsylvania, where his dissertation focused on the meaning of merit in America -- what American culture and individual Americans say about what people have earned, what they deserve, and whether they got lucky or unlucky. His research interests more broadly include American politics, popular culture, journalism, and media, democratic deliberation, and the role of life narratives in constructing foundational social and political ideologies. Some of his other projects have examined how people use personal stories to make political arguments on blogs, and how presidential campaigns claim presidential candidates became who they are in biographical materials. Taussig has taught at the University of Pennsylvania, Rutgers University, Temple University, and Drexel University. He previously was a journalist with the Philadelphia City Paper and the Philadelphia Daily News. His work has also appeared in the Washington Monthly.