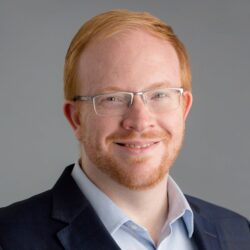 Chris Riley is a global internet policy and technology researcher, a former director of policy for Mozilla, and a former internet freedom program manager at the U.S. Department of State. He currently works as the principal of Cedar Road Consulting and as senior fellow for internet governance at R Street Institute. He has worked on tech policy in D.C. and San Francisco and managed teams based in those cities as well as Brussels, New Delhi, London, and Nairobi. Chris earned his bachelor’s in computer science from Wheeling Jesuit University, his Ph.D. in computer science from Johns Hopkins University and his J.D. from Yale Law School.