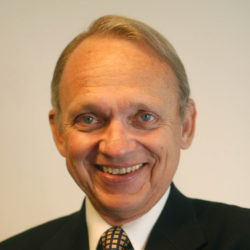 Brooks Jackson is a journalist who has covered Washington and national politics since 1970, reporting in turn for the Associated Press, the Wall Street Journaland CNN. He joined the Annenberg Public Policy Center in 2003 and launched FactCheck.org in December of that year.At CNN, he pioneered the “adwatch” and “factcheck” form of stories debunking false and misleading political statements, starting with the presidential election of 1992. His investigative reporting for the AP and the Journal won several national awards. He is the author of three books: “Honest Graft: Big Money and the American Political Process” (Knopf, 1988); “Broken Promise: Why the Federal Election Commission Failed” (Twentieth Century Fund, 1990); and “unSpun: Finding Facts in a World of Disinformation” with Kathleen Hall Jamieson (Random House, 2007).