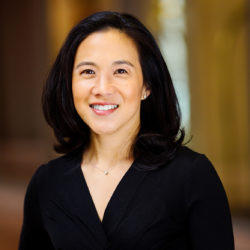 Angela Duckworth is a psychologist whose studies are clarifying the role of intellectual strengths and personality traits in educational achievement. Dr. Duckworth’s work focuses on two traits that she shows predict success in life: grit, the tendency to sustain interest in long-term goals, and self-control, the regulation of behavioral, emotional, and attentional impulses. Grit equips individuals to pursue challenging aims over years and even decades, while self-control functions at a smaller time scale in the fight against the “hourly temptations,” which bring momentary pleasures but are later regretted. Dr. Duckworth, who has a Ph.D. (2006) from the University of Pennsylvania, is 2013 MacArthur Fellow. She taught math and science at the high school level before joining the faculty of the University of Pennsylvania in 2007, where she is currently an associate professor in the Department of Psychology. Her articles have appeared in PNAS, the Journal of Educational Psychology, Psychological Science, and the Journal of Personality and Social Psychology.