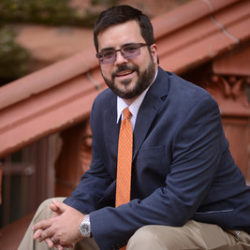 Patrick E. Jamieson, Ph.D., is director of the Annenberg Health and Risk Communication Institute (AHRCI) of the Annenberg Public Policy Center. His research interests include adolescent health risk, the media portrayal of violence, gun use, smoking, alcohol, drugs, sex, suicide, media suicide contagion, and fatalism. He also uses prosocial and Culture of Health variables for coding recent popular TV shows. Patrick’s work uses cultivation theory, quantitative surveys, and content analyses of media health-risk portrayal. His research uses theoretically informed hypotheses and applies statistics in evaluating and explaining the intersection of media portrayal, its exposure, and the role of modelling, attitudes and other predictors in subsequent behavior change. His work has been published in Pediatrics, Tobacco Control, Journal of Adolescent Health and the Journal of Communication. It has included studies on growing depictions of violence and gun violence in PG-13 movies, as compared with R-rated films; violence, sex, alcohol, and tobacco in movies; and the declining portrayal of tobacco in prime-time broadcast television dramas. He co-edited The Changing Portrayal of Adolescents in the Media Since 1950 (Oxford University Press, 2008). Another goal of his is improving the awareness, knowledge, and understanding of adolescent mental health disorders. He is the author of Mind Race (Oxford University Press, 2006), a resource for young people with bipolar disorder and their family and friends, and he is the series editor of the Adolescent Mental Health Initiative’s 13-book series. He has received funding from the Robert Wood Johnson Foundation and the National Institutes of Health.