It’s no use simply telling people they have their facts wrong. To be more effective at correcting misinformation in news accounts and intentionally misleading “fake news,” you need to provide a detailed counter-message with new information – and get your audience to help develop a new narrative.

Those are some takeaways from an extensive new meta-analysis of laboratory debunking studies published in the journal Psychological Science. The analysis, the first conducted with this collection of debunking data, finds that a detailed counter-message is better at persuading people to change their minds than merely labeling misinformation as wrong. But even after a detailed debunking, misinformation still can be hard to eliminate, the study finds. 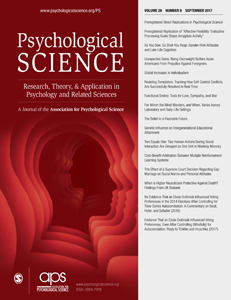 “The effect of misinformation is very strong,” said co-author Dolores Albarracín, professor of psychology at the University of Illinois at Urbana-Champaign. “When you present it, people buy it. But we also asked whether we are able to correct for misinformation. Generally, some degree of correction is possible but it’s very difficult to completely correct.”

Countering beliefs based on misinformation

“Debunking: A Meta-Analysis of the Psychological Efficacy of Messages Countering Misinformation” was conducted by researchers at the Social Action Lab at the University of Illinois at Urbana-Champaign and at the Annenberg Public Policy Center of the University of Pennsylvania. The teams sought “to understand the factors underlying effective messages to counter attitudes and beliefs based on misinformation.” To do that, they examined 20 experiments in eight research reports involving 6,878 participants and 52 independent samples.

The analyzed studies, published from 1994 to 2015, focused on false social and political news accounts, including misinformation in reports of robberies; investigations of a warehouse fire and traffic accident; the supposed existence of “death panels” in the 2010 Affordable Care Act; positions of political candidates on Medicaid; and a report on whether a candidate had received donations from a convicted felon.

The value of extended corrections

“This analysis provides evidence of the value of the extended correction of misinformation,” said co-author Kathleen Hall Jamieson, director of the Annenberg Public Policy Center (APPC) and co-founder of its project FactCheck.org, which aims to reduce the level of deception in politics and science. “Simply stating that something is false or providing a brief explanation is largely ineffective.”

The lead author, Man-pui Sally Chan, a research assistant professor in psychology at the University of Illinois at Urbana-Champaign, said the study found that “the more detailed the debunking message, the higher the debunking effect. But misinformation can’t easily be undone by debunking. The formula that undercuts the persistence of misinformation seems to be in the audience.”

However, Albarracín said the analysis also showed that debunking is more effective – and misinformation is less persistent – when an audience develops an explanation for the corrected information. “What is successful is eliciting ways for the audience to counterargue and think of reasons why the initial information was incorrect,” she said. For news outlets, involving an audience in correcting information could mean encouraging commentary, asking questions, or offering moderated reader chats – in short, mechanisms to promote thoughtful participation.

The researchers made three recommendations for debunking misinformation:

The authors encouraged the continued development of “alerting systems” for debunking misinformation such as Snopes.com (fake news), RetractionWatch.com (scientific retractions), and FactCheck.org (political claims). “Such an ongoing monitoring system creates desirable conditions of scrutiny and counterarguing of misinformation,” the researchers wrote.

The authors also included Christopher R. Jones, a former postdoctoral fellow at APPC and at the University of Illinois.

The research was supported by the National Cancer Institute of the National Institutes of Health (NIH) and the Food and Drug Administration (FDA) Center for Tobacco Products. The content is solely the responsibility of the authors and does not necessarily reflect the views of the NIH or FDA.