The political spin that so often is attached to discussions surrounding public policy and science is the focus of the March 2015 issue of the ANNALS of the American Academy of Political and Social Science.

“The Politics of Science: Political Values and the Production, Communication, and Reception of Scientific Knowledge” is the title of the issue, edited by Elizabeth Suhay (American University) and James N. Druckman (Northwestern University). This issue of the ANNALS looks at the intersection of politics and science, an intersection that often is jammed with rhetoric, spin, and which is often debated 140 characters at a time. 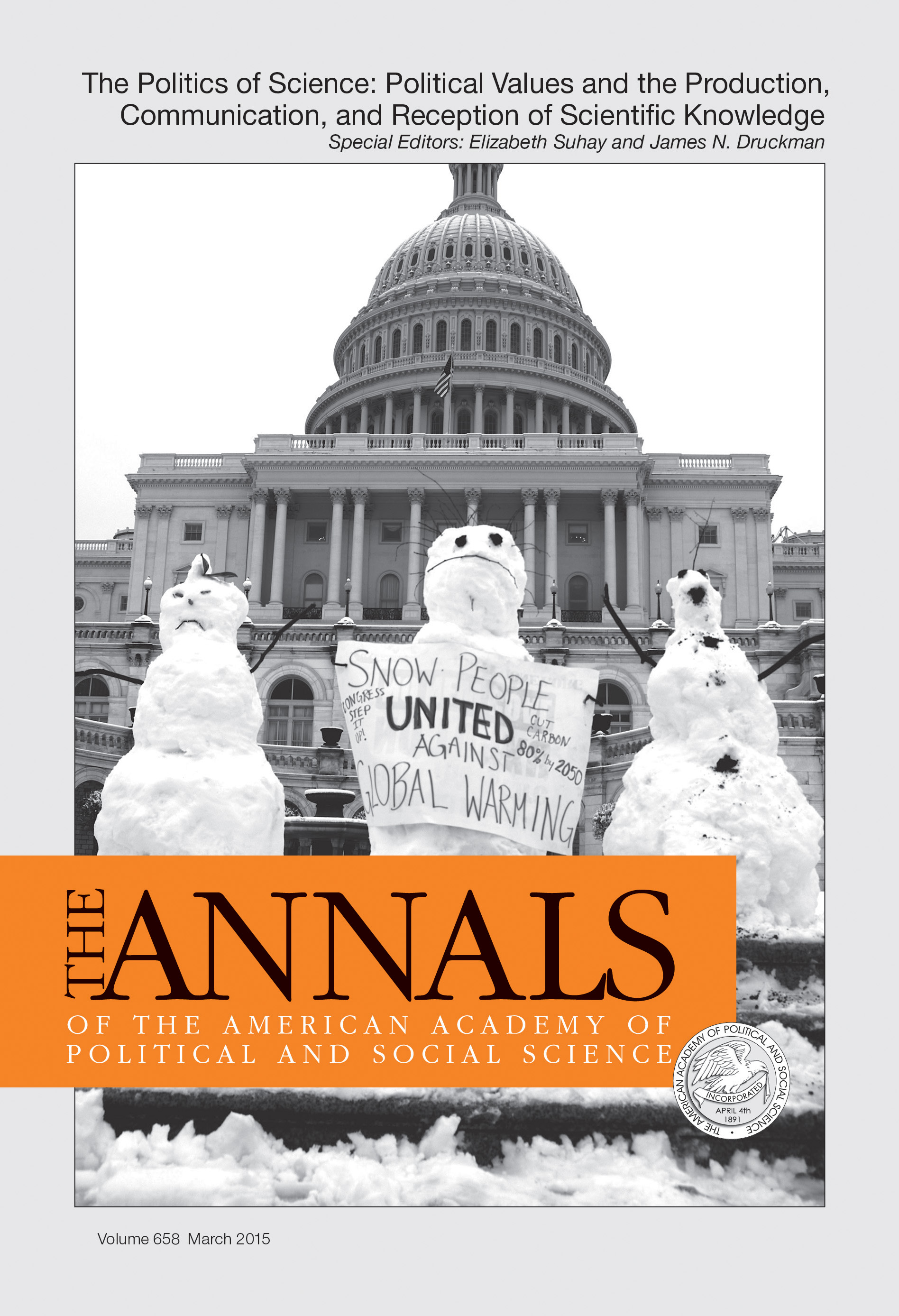 This issue of the ANNALS comes out at a time when the Annenberg Public Policy Center has begun studying the science of science communication, examining ways scientists can better convey consensus to an often-skeptical public.  The policy center’s FactCheck.org also recently announced a new feature, SciCheck, to investigate the use of science in political speech. This issue of the ANNALS looks at the politics and science from a variety of angles, including:

Among the highlights in this issue:

The March 2015 issue, which also was the subject of a series of columns in the Washington Post’s “Monkey Cage” blog, is available now. The table of contents and articles are here. For more information about the issue, click here.