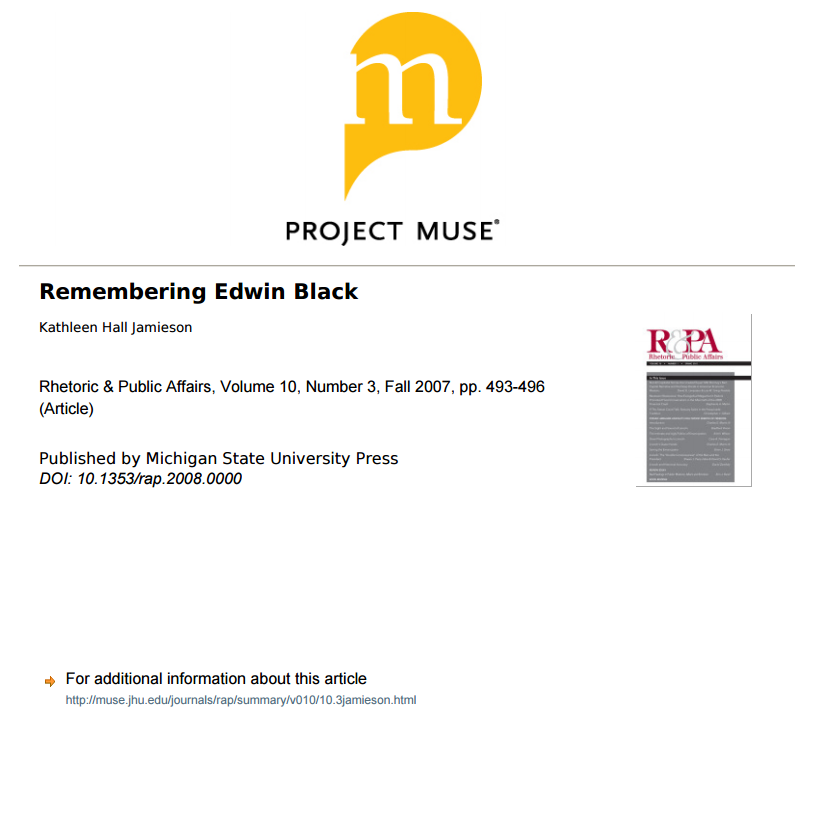 Our doctoral advisers teach us what it means to be scholars, teachers, and colleagues. Edwin Black’s expectations of a critic were implied in the first graduate courses he offered at the University of Wisconsin: critics wrote illuminating criticism because their sensibilities not their methods permitted them to mine nonobvious insight from stubborn texts. At the same time, Black did not believe that most should aspire to be rhetorical critics. He said as much in his dissertation-turned-book: “Except in the hands of a very, very few men, the critical methodology that minimizes the personal responses, peculiar tastes, and singularities of the critic will be superior to the one that does not. In this regard, neo-Aristotelian criticism has undeniable value.” Since he provisionally and later patently rejected the notion that there was a method to rhetorical criticism, I focused on trying to figure out how to get into the category of “very, very few men” without a gender change and on determining how, absent the comfort of a method, one could acquire the sensibilities of a critic.

Click here to obtain the article from Rhetoric & Public Affairs