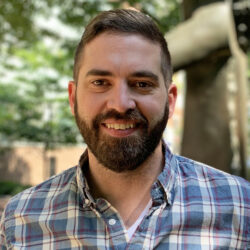 Shawn Patterson, Jr., is a research analyst at the Annenberg Public Policy Center. Previously he was an assistant professor in political science at Southern Oregon University. After earning his Ph.D. in 2018 from UCLA, he was a postdoctoral research scholar at Vanderbilt’s Center for the Study of Democratic Institutions. He received a B.A. in political science from Brown University in 2012. He was born and raised in the first/best state of Delaware. His research focuses on political parties in Congress and the organized interests that they represent, and has conducted elite interviews, exit surveys, and network analysis of campaign contributions to help shed light on how political parties shape our democracy. His research has been published in The American Political Science Review, State Politics & Policy Quarterly, Electoral Studies, The Journal of Theoretical Politics, and other publications.